CCP Games, the world’s most successful independent massively multiplayer online game (MMO) developer, has chosen its theme for EVE Fanfest 2013 -- “The Second Decade.” In its tenth straight year of subscriber growth and following a hugely successful free-expansion in Retribution, EVE Online is set to reach even higher levels now that DUST 514 PlayStation 3 beta players have joined the same shared universe. Gamerhub.tv will be attending the big event and providing exclusive video content from Iceland. 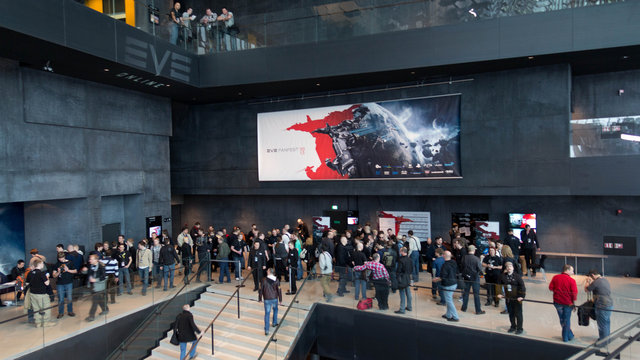 EVE Fanfest is the annual festival that features over 1,000 EVE pilots, DUST 514 mercs and their friends and family from around the globe coming together in Reykjavik, Iceland for three straight days of constant celebration. This year will be the biggest, most amazing Fanfest yet, taking place less than a month before EVE Online’s tenth anniversary on May 6th and celebrated by the most unique and imaginative community in all of gaming.

As of this announcement, tickets for the event are nearly sold out, a truly blistering pace as the “Early Bird” package just ended with several of the extra events already at capacity.

“Fanfest is the truest celebration of the EVE universe, where online foes become instant friends and shared war stories over drinks bring our wonderful community even closer together,” said Hilmar Veigar Petursson, CEO of CCP. “This year, as DUST 514’s journey truly begins and we celebrate ten glorious years of EVE Online with our fans, CCP will be going bigger and bolder than ever before by creating a truly amazing Fanfest for those attending or following along.”