Starz has unveiled the first official key art for its upcoming original series, Da Vinci’s Demons,  premiering Friday, April 12 at 10pm ET/PT. The series, created by David S. Goyer, the mind behind The Dark Knight Trilogy and upcoming feature film, Man of Steel, presents a never-before-seen portrayal of one of the most infamous historical figures of all time…Leonardo da Vinci. Goyer talks about the new show in the exclusive video interview below.

The key art features da Vinci (played by Tom Riley), an artist, inventor, swordsman, dreamer and idealist, with one of his famed inventions sketched behind him. Da Vinci's flying machines have fascinated and inspired people for centuries and are a symbol of his genius and iconoclasm.

"Leonardo was a transformational figure—the original Renaissance man and the kind of genius that only emerges every thousand years or so,” said series creator David S. Goyer. “What I like about this image is that it embodies a lot of the show's themes. It's aspirational. The triumph of the human spirit over ignorance and repression—the audacity of imagination." 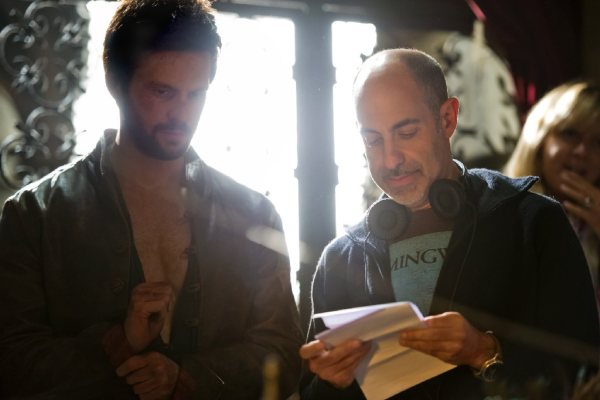 8 days of the undead fan celebration set to kick off at launch.