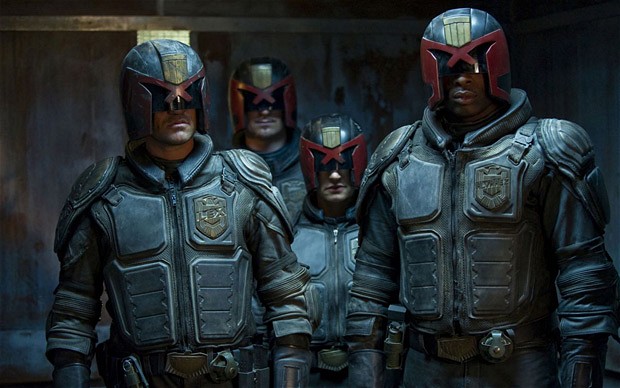 The sci-fi thriller directed by Pete Travis (Vantage Point) takes place in a futuristic America. The Blu-ray Disc and DVD both contain multiple behind-the-scenes featurettes including a look back at the 35 years of Judge Dredd. They also include a prequel motion comic. Dredd will be available on Blu-ray Disc and DVD for the suggested retail price of $40 and $30, respectively.

The future America is an irradiated wasteland. On its east coast, running from Boston to Washington D.C., lies Mega City One – a vast, violent metropolis where criminals rule the chaotic streets.  The only force of order lies with the urban cops called “Judges” who possess the combined powers of judge, jury and instant executioner.  Known and feared throughout the city, Dredd (Urban) is the ultimate Judge, challenged with ridding the city of its latest scourge, a dangerous drug called Slo-Mo, and the sadistic crime boss Ma-Ma (Headey) who is using it to take over the city.