Sega, Gearbox Software and Twentieth Century Fox Consumer Products will offer a Season Pass promotional program for Aliens: Colonial Marines on February 12, 2013 worldwide. Customers who purchase the Season Pass at participating retailers online or in store will receive all four upcoming pieces of downloadable content, which will feature new campaign as well as multiplayer content, for PlayStation Network, Xbox LIVE and STEAM for $29.99/2400 Microsoft Points. The Season Pass will give gamers access to all four upcoming packs of DLC, as they become available, at almost 40% savings over the individual purchase of the content.

Further details on the content and release dates of the downloadable content soon. The game’s first post-launch downloadable content. Scheduled for March 2013, Aliens: Colonial Marines’ first additional content pack, “Bug Hunt” will throw players into an all-new multiplayer mode where they have to take on waves of increasingly difficult enemies in three brand new maps based on environments from the Aliens film.

Aliens: Colonial Marines will bring new levels of suspense and adrenaline-filled action to the renowned franchise, as the authentic addition to the Aliens franchise canon. The game’s stunning visuals and adrenaline pumping action will deliver a breathtakingly immersive four-player drop-in drop-out cooperative campaign and expansive competitive multiplayer with four different modes (Escape, Survivor, Team Deathmatch and Extermination). Providing an innovative, asymmetrical competitive multiplayer experience, Aliens: Colonial Marines lets players fight in first person as the ultimate badasses – the United States Colonial Marines - or in third person as the universe’s deadliest killers – the Xenomorphs. Plunging into familiar and new environments from the iconic film franchise, players will have to fight the fear and face the true horrors of the Aliens universe.

Aliens: Colonial Marines will be available in stores across the globe on February 12, 2013 on PS3, Xbox 360 and PC. A release date for the announced Wii U version will be revealed at a later time. 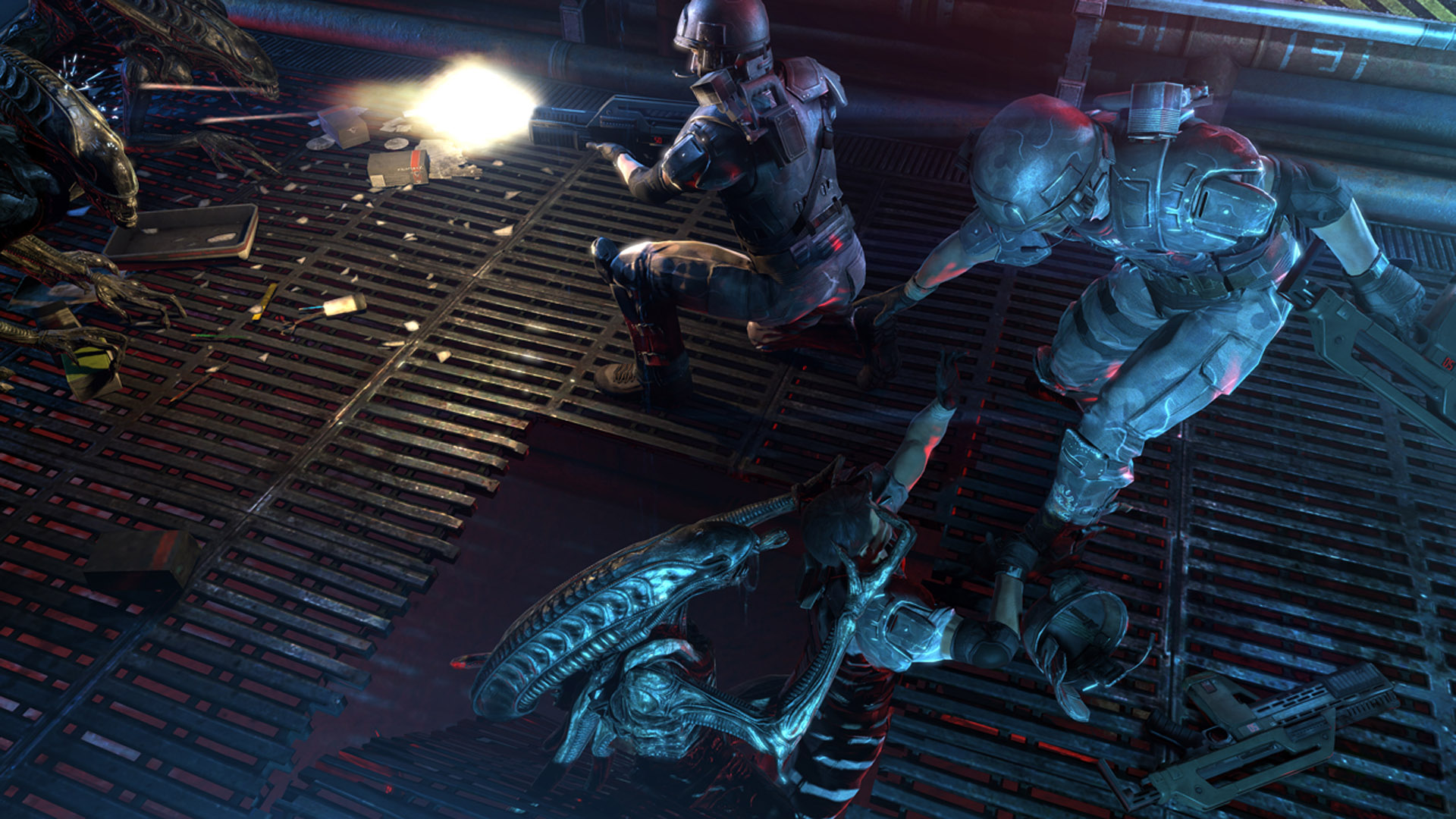