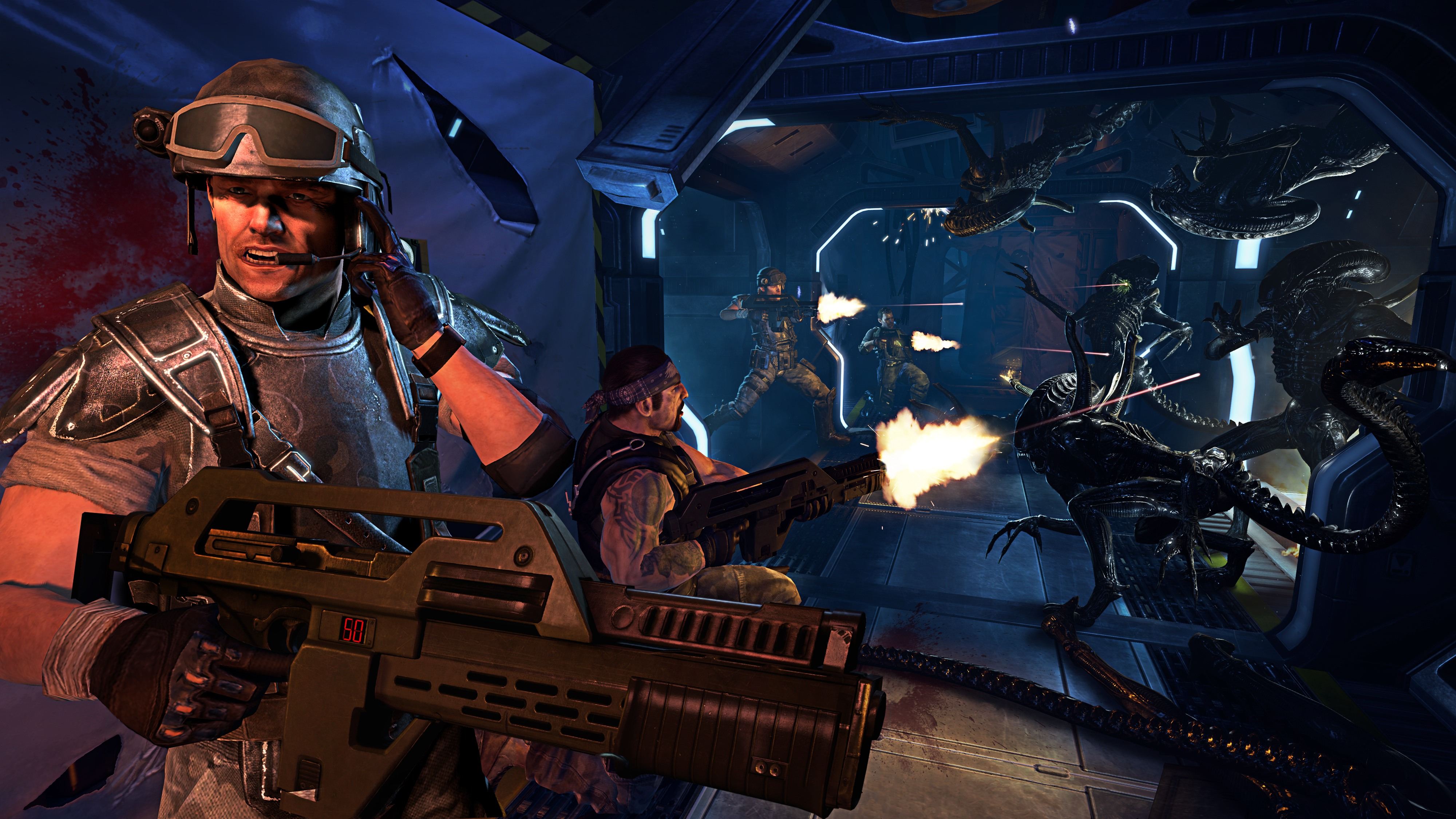 While 20th Century Fox has gone back to the origins of Alien with Prometheus, the studio is allowing the game industry to dive further into the Aliens mythology with a new shooter. Sega and Gearbox Software have worked with Fox, as well as creatives like Syd Mead, to bring a sequel to Aliens to PC, Xbox 360, PlayStation 3 and Wii U. Aliens: Colonial Marines, brings the world that filmmakers like Ridley Scott, James Cameron and David Fincher helped mold to the interactive realm using Epic Games’ Unreal Engine 3.

“This is the chronological sequel to the films and it takes place after Alien 3 and 17 weeks after the events of Aliens,” said Brian Burleson, senior producer on Aliens: Colonial Marines. “You go back to the LB 426, you go back into USS Sulaco and something happened. There is a lot of mystery because afterwards when Ripley blew up the planet, a lot of things changed. And the Sulaco, if you’re thinking of Alien 3, there’s an egg and you get infected and you’re like how did that happen? When you start this game you are actually exploring this locker to get an understanding and discover how this all actually came about. I’m not going to spoil anything, but it’s one of those things that I think fans will really enjoy.”

Brian Cozzens, art director on Aliens: Colonial Marines at Gearbox Studios said Unreal Engine 3 played a crucial role in bringing the world of the films to life for gamers to explore in-depth.

“Atmospherics play a big role in the Aliens universe such as steam, fog and particulates,” said Cozzens. “Using advanced Unreal tools like the material system and particle editor in combination was invaluable for us. It allowed us to create the particle systems necessary to recreate the scary and atmospheric environments we needed.”

Of all the new technology developed for this game, Cozzens is most proud of Gearbox’ custom deferred renderer.