Legendary Entertainment is bringing out the merchandising guns for its big summer movie Pacific Rim. A string of wide-reaching licensing partnerships are in place tied to Warner Bros. Pictures and Legendary Pictures Pacific Rim, directed by acclaimed filmmaker Guillermo del Toro. Legendary has secured a strong list of major licensees in all key categories in advance of Toy Fair, February 10-13 in New York. Legendary has also released exclusive images of the Jaeger toys available now on Facebook. 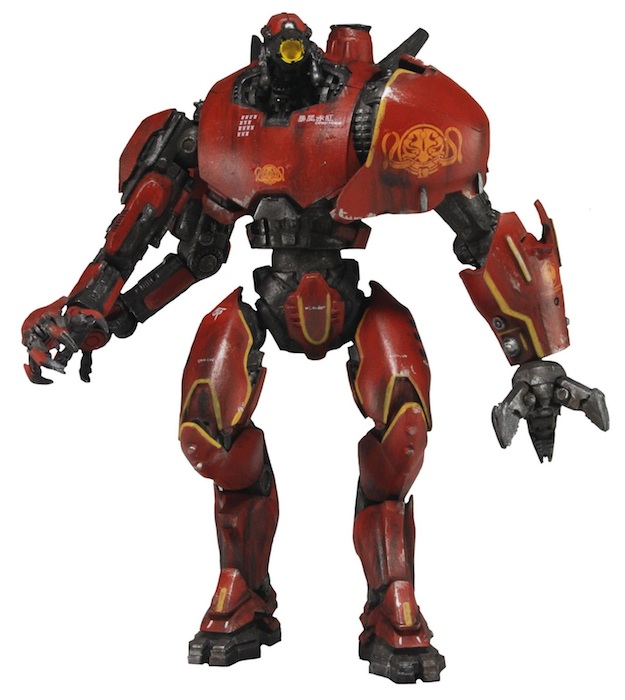 This broad-range merchandising program includes best-in-class consumer products brands and covers major manufactured goods categories spanning from apparel to board games to Halloween costumes and video games. In the video game category, Legendary has carved an agreement with Jump Games to supply mobile and tablet games globally, as well as with Yukes Company for downloadable console and PC games worldwide.

“As anticipation mounts for the release of Pacific Rim, Legendary Entertainment is committed to collaborating with a world-class lineup of licensing partners that will serve as the foundation for a strong merchandising program,” said Joel Chiodi, Legendary’s EVP of Theatrical Marketing. “The responses from licensees and retailers have been phenomenal as they embrace the unique opportunity that this property presents.”