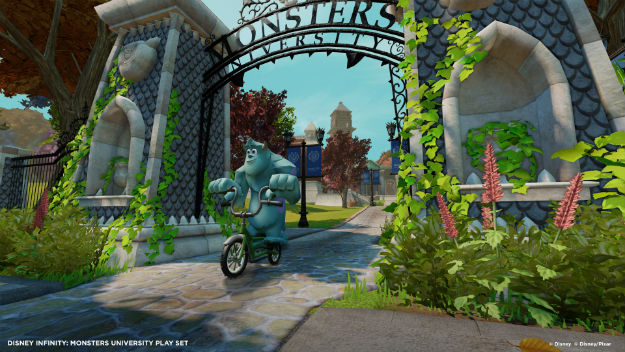 Nintendo has new games coming to Wii U this spring. The game company used its Nintendo Direct address to shed new light on retail and downloadable titles coming soon to its next gen console.

Need for Speed Most Wanted U from EA is arriving on Wii U on March 19 as the first third-party title to incorporate Miiverse functionality into the game play. Exclusive features include a new Co-Driver mode for local co-op play, Off-TV mode to play on the Wii U GamePad and the Ultimate Speed Pack included at no additional charge. The Ultimate Speed Pack includes 25 additional High Speed Races and Speed Runs, five of the world’s fastest production cars and more than 70 new speed-themed milestones, plus stacks of additional rewards and unlocks.

The Walking Dead: Survival Instinct from Activision is coming to Wii U on March 26 with a unique style of game play that blends first-person action with resource management for a focus on surviving the undead nightmare.

Injustice: Gods Among Us from Warner Bros. Interactive Entertainment launches on April 16. The game includes Off-TV play and lets players battle as some of their favorite heroes and villains, like Batman, The Flash, Superman, The Joker, Lex Luthor and Wonder Woman.

Capcom’s Monster Hunter 3 Ultimate launches for both Wii U and Nintendo 3DS on March 19. A Wii U player can connect with up to three Nintendo 3DS players to create a hunting party. People can play the game on Wii U and then transfer their data to the Nintendo 3DS to continue the hunt. A demo will be available in the Nintendo eShop on both platforms on Feb. 21.

Disney Infinity from Disney Interactive is coming to Wii U and Wii this summer. For the first time, players will use real-world interactive figures to activate original, story-driven adventures in the game worlds, also known as “Play Sets.” At any time, players can also access their personal “Toy Box” and use the items to create one-of-a-kind Disney adventures featuring any combination of characters, environments and items across all franchises featured in the game. Disney Infinity will also be available on Nintendo 3DS.