Canadians don’t know what to do with yet another NHL lockout. Ubisoft, which has a huge studio in Montreal, turned to hometown hero Carey Price, goalie for the Montreal Canadiens, to promote Assassin’s Creed III and help charity at the same time. 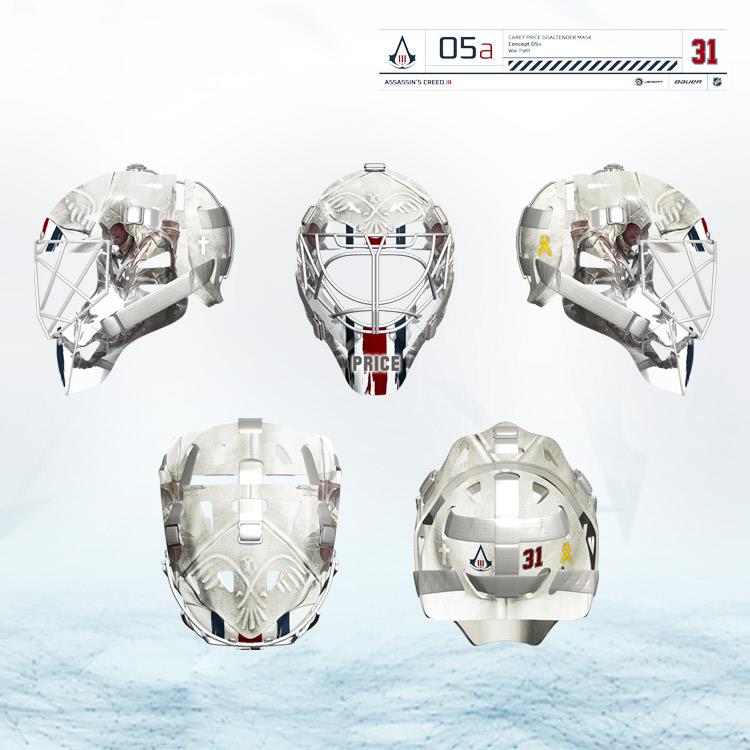 Ubisoft and Hockey Helps worked with Price to design 31 separate auctions running at http://auction.hockeyhelps.com that will be raising money for 31 charities across Canada. Each auction will be for one of 31 unique goalie masks designed by Ubisoft Canada and painted by Price’s mask artist, David Gunnarsson, that have been hand-signed and numbered by Price.

This promotion kept fans interactive by allowing them to vote on the winning design over two weeks. The winning design is shown in this post. The winning mask features the red, white and blue color scheme of the Canadiens and incorporates a number of elements of the game and Price’s own style into the design. An image of Connor from Assassin’s Creed III adorns each side of the mask, and an eagle spreads its wings on the front. Red-white -blue striping races down the front with the name Price on the chin plate, while the back plate has the emblem of the Brotherhood of Assassins, Carey Price’s #31, and a yellow ribbon.