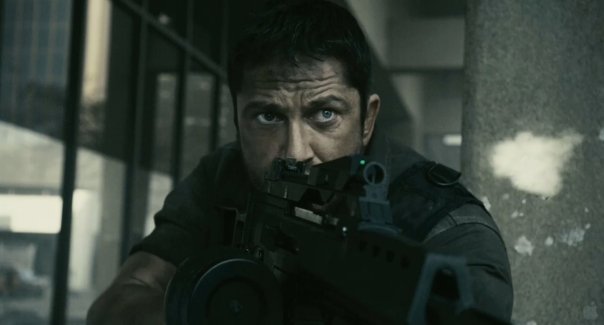 Gamers can see the world in a whole new dimension when Gamer 3D arrives on 3D Blu-ray Disc, Digital Download and Video on Demand May 7 from Lionsgate Home Entertainment. With a powerhouse cast headlined by Gerard Butler (300), Gamer 3D utilizes state-of-the-art SAMSUNG 3D technology to bring on the thrills in the action-packed futuristic adventure set in a prison where convicts fight to the death in a twisted, real-life video game. Highlighted by eye-popping 3D effects and a making of featurette, Gamer 3D co-stars Michael C. Hall (Showtime's Dexter), Chris Ludacris Bridges (Crash) and Golden Globe winner Kyra Sedgwick (The Closer). Gamer 3D will be available on 3D Blu-ray for the suggested retail price of $20.

Butler stars as Kable, condemned criminal and globally famous super-soldier in the ultimate multi-player game, Slayers. Human controllers direct each thought and move of real-life prison inmates battling in hyper-intense environments - where the goal is freedom and the penalty is death. But when Kable suddenly decides he wants out, his rebellion threatens the twisted plans of game creator Ken Castle (Hall), who will stop at nothing to crush the renegade commando in this taut, adrenaline-packed action-thriller.

Inside the Game: Controlling Gamer featurette