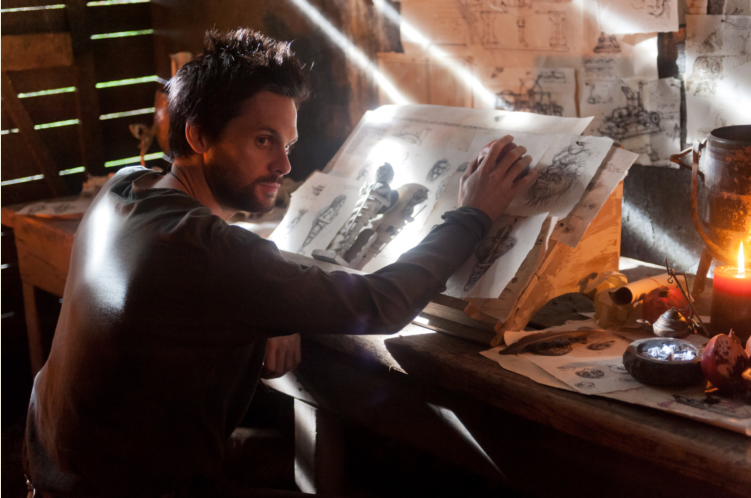 Buzz is swirling in the art and engineering communities that now anyone can access hundreds of pages from Leonardo da Vinci’s own journals, thanks to the British Library who just put them online. Portions from this once private document actually served as an early influence for series the upcoming STARZ Original series Da Vinci’s Demons, premiering Friday, April 12th at 10pm et/pt.

In his early research, show creator David S. Goyer (co-writer of Dark Knight Trilogy and writer of upcoming Man of Steel) uncovered that within a year of da Vinci’s death, 7,000 of his 13,000 journal pages went missing. In fact, little is known about who da Vinci was in 1477, when the series begins.

During a recent visit to the British Museum, who has a collection of da Vinci’s actual journal pages on display, Goyer was given behind the scenes access to experience the genius' work first hand.

Commenting on his visit, Goyer said: “Accessing some of Leonardo da Vinci’s own journal pages from the British Museum’s collection was inspiring to say the least. Even in another language and often, written backwards in da Vinci’s mirror handwriting, one can feel the remarkable influence of da Vinci’s unparalleled genius. Da Vinci’s Demons is an opportunity to delve into the gaps in history and imagine what this man may have been like and what he may have accomplished in his youth—what might have been in those 7,000 missing pages.”

Also another interesting fact: Goyer came across actual wine and food stains on some of the pages of the journal.