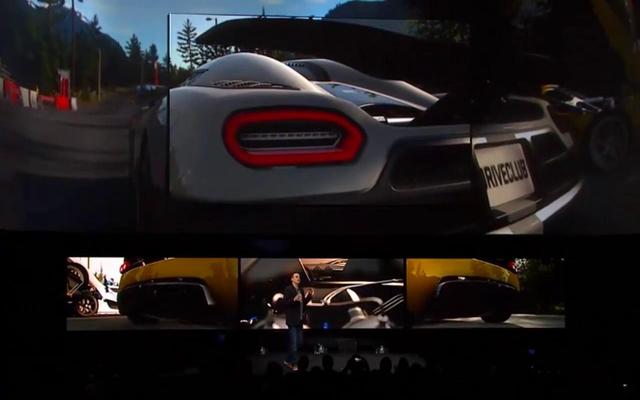 Sony Computer Entertainment introduced PlayStation 4 (PS4), its next-generation gaming platform for the home, alongside the video game industry's brightest and most creative minds at PlayStation Meeting 2013. With unprecedented power, deep social capabilities, and instant accessibility, PS4 allows game creators to unleash their imaginations and deliver new play experiences to gamers that were never before possible. The live audience at the Hammerstein Ballroom in New York, along with millions of fans streaming the event around the world, were also provided with a sneak peek of some of the games that will ultimately define the PS4 experience.

Andrew House, President and Group CEO, Sony Computer Entertainment  officially announced PS4 and presented the broader vision for PlayStation evolving from a console in the living room into the best place to play wherever gamers are: "Our vision for the future is consumer-centric, developer-inspired, and characterized by an unwavering commitment to phenomenal play experiences," House remarked. "Today we are revealing the genesis of an expanding 'idea' about the future of play – an idea with enough potential to satisfy the insatiable appetites of our creative community of developers and gamers."

Acclaimed game designer and industry veteran Mark Cerny then took the stage to discuss PS4 in more detail, including the powerful system components that will give developers the canvas to fully express their creative ideas and deliver more immersive gaming that transcends today's expectations. Cerny, the lead system architect for PS4, also talked about the five key principles guiding the design of the consumer experience that will surround all games: simple, immediate, social, integrated, and personalized.

"We wanted to ensure that nothing would come between the platform and the joy of play," Cerny said. "We also wanted to be sure that the system architecture could fluidly connect the player to a larger world of experiences, and provide easy access to everything PlayStation has to offer – across the console and mobile spaces, and PlayStation Network. And we were able to create, in PS4, a platform by game creators for game creators."