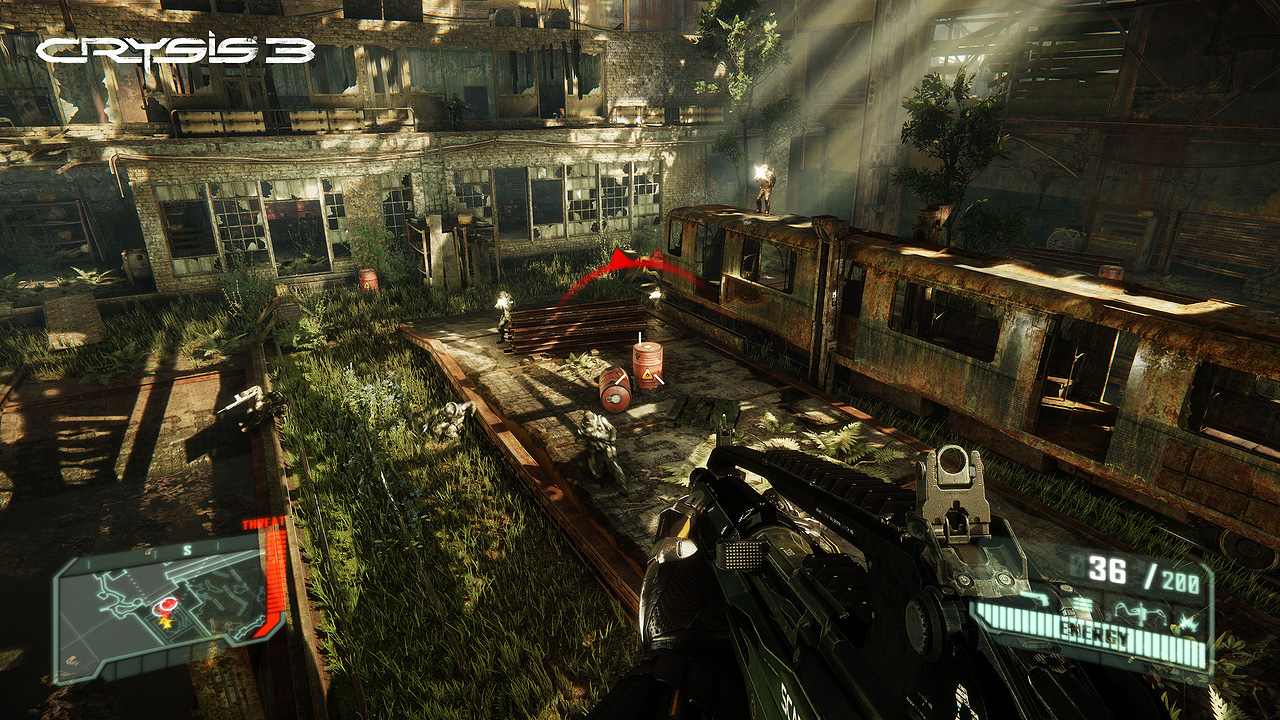 In Crysis 3, players return to the fight as Prophet, the Nanosuit soldier on a quest to rediscover his humanity and exact brutal revenge on his enemies. New York City has been encased in a Nanodome created by the corrupt Cell Corporation. Known as the Liberty Dome, it is a veritable urban rainforest teaming with overgrown trees, dense swamplands and raging rivers. Within the Liberty Dome, seven distinct and treacherous environments become known as the 7 Wonders. This dangerous new world demands advanced weapons and tactics, including the Nanosuit.  Equipped with superhuman powers including cloaking, armor and enhanced visor abilities, the Nanosuit is the ultimate tool that allows players to assess, adapt and attack. In addition to the Nanosuit, players will wield the powerful Predator bow and devastating alien weaponry to become the deadliest hunter on the planet.

Crysis 3 also contains a robust multiplayer experience featuring twelve visually stunning maps and eight heart-pounding gameplay modes including the all new Hunter mode. An asymmetrical, time based mode, Hunter mode pits two players vs. ten (two vs. 14 on PC) in matches that begin with two cloaked hunters stalking 10 opposing CELL troopers. Armed only with enhanced Nanosuits and the lethal Predator bow, hunters must systematically stalk and kill the CELL operatives, who in turn must work together as a team as they fight to stay alive before the round ends. The twist is that once a CELL trooper is killed, that player will then respawn as a hunter, joining the others in their attempt to eliminate the remaining CELL operatives before the clock strikes zero. Crysis 3 multiplayer will also feature the debut of the New York Feed, a brand new in-game social feed that will showcase the accomplishments of gamers and their friends while offering dynamic challenges to complete.