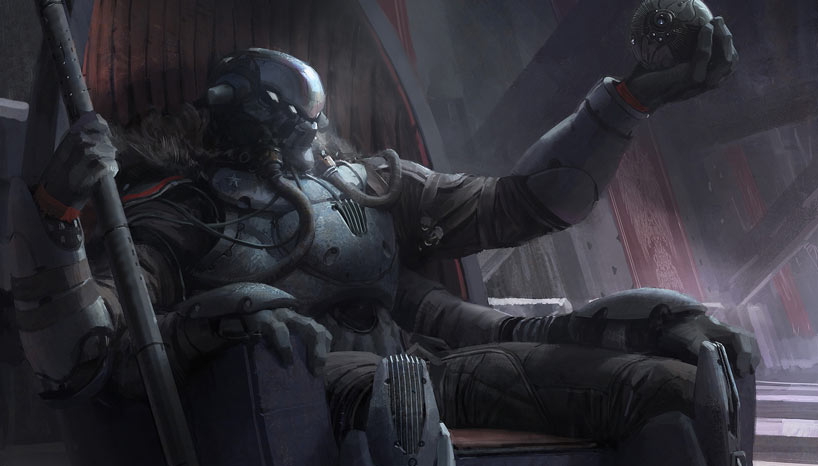 Destiny has revealed its first information about its partnership with Activision and its persistent online shooter, Destiny. After showing the game to press from around the globe, or at least talking about it and showcasing concept art, a glimpse was displayed at PlayStation Meeting 2013 in New York City. David Dague, community manager at Bungie, opened things up for fans and answered the below questions on the official Bungie website.

What in the world was up with those four Bungie guys on Sony’s stage?

I know, right? We’ve been chasing the answer to the question from the moment we picked ourselves up off the floor and stopped laughing. Details are still murky, but from what we can gather Marty may have instructed our four friends to “keep their hands out of their pockets.” We also may or may not have a Men’s Warehouse directly below our studio.

From their idle hands ushered forth an invitation to a new community of gamers. Though this foursome clearly didn’t appear enthusiastic – or capable of experiencing any human emotion – we are super stoked and incredibly fortunate to be able to welcome a whole new group of gamers into the Bungie fold.

Will you guys make a Harlem Shake vid?

When will the Weekly Updates return?

Honest answer: We don’t know yet. There’s a lot of Destiny left to unpack. So much so, that we’re not sure the old cadence for that march will be good enough to get the job done. In the meantime, we’re going to continue to ask you to drive the conversation with your questions in the Mail Sack. That’s something we are willing to commit to, and now that we can be a little less cagey, we should be able to answer a lot more of your pressing questions. Not all, of course.

When will the podcast come back?

Same answer as above, but with an additional wrinkle. We lost the podcast gear to one of Marty’s newer audio team members.

Your page for pre-orders on the homepage tells of "...some exclusive incentives available now to reward the first players who reserve their copy of the game.". What kind of incentives are these, in-game or otherwise?

There are three pre-order incentives currently available at select, participating retailers. There’s a two-sided poster available at GameStop and EB Games Canada featuring artwork of the Traveler over Earth on one side, and the Fallen on the other. Select retailers outside of the US also have the Traveler art, but the B-side is occupied by the Cabal. We’re working to get the full list of non-US participants, but if you ring up your local shop, they should be able to confirm whether or not they’re on the list.

If you pre-order through Amazon.com, they’re currently offering a digital wallpaper featuring the Destiny logo and the inky, black starfield backdrop you’re probably well familiar with.

On the undisclosed front, we’ve also been keeping tabs on those of you who have kept us company during our dark phase, and we fully plan on rewarding our loyal fans in some small, but hopefully meaningful ways in the future. Signal received?