The Nintendo Wii U, which just launched November 19, isn’t garnering the type of retail sales that Wii did six years ago. But the console is sold out at GameStop and is in limited supply across the country. 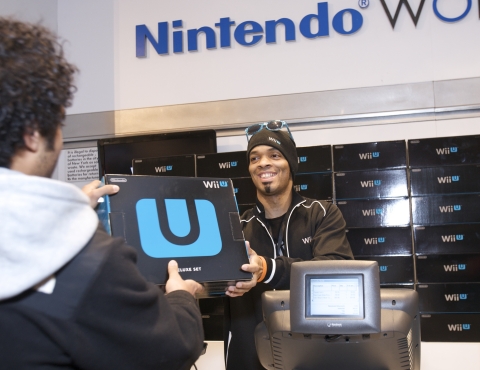 “GameStop appears to dominate Wii U launch,” said Colin Sebastian, video game analyst, Robert W. Baird & Co. “Our field checks suggest solid early demand for Wii U, with roughly half of the stores in our survey sold out of initial shipments (mostly GameStop), and most of the other half (largely big box retailers) reporting low inventory levels. While the launch overall appears to be tracking to expectations, we are not seeing a buying frenzy similar to the original Wii launch.”

Sebastian added that GameStop's aggressive pre-order initiative for Wii U likely skewed sales higher than the retailer's traditional market share of Nintendo products. Over the balance of the Christmas shopping season, the analyst expects limited replenishments in time for the Black Friday sales, although some retailers are holding back stock in order to drive store traffic, and big box retailers should continue to have some inventory.

One option where it’s easy to pick up a Wii U is on auction sites like Ebay, where thousands of the consoles are currently for sale – for an added mark-up.