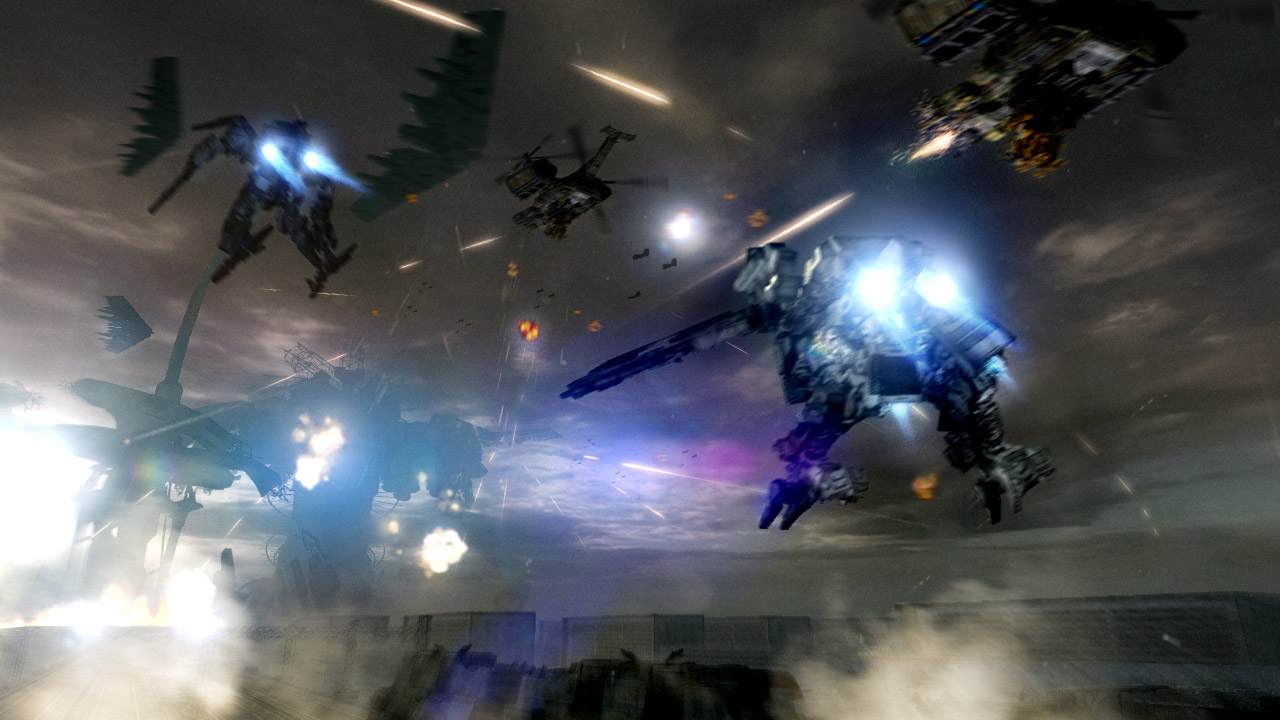 Namco Bandai Games America will unleash Armored Core: Verdict Day for PlayStation 3 and Xbox 360 this summer. Within this sci-fi game, the world has been thrown into chaos. Important natural resources needed for the survival of competing factions are scavenged and fought across the world with deadly Armored Core mechs. A strong trigger finger, innovative customization and strategic teamwork will be all that stand between survival and complete annihilation.

Renowned Japanese game developer FromSoftware returns to its hardcore mech action franchise with Armored Core: Verdict Day. Command a squadron of advanced Armored Core mechs in a dystopian future ravaged by war and stripped of natural resources. Players will form squads of up to 20 members and enlist into one of the various in-game factions to wrestle control of territories away from other players in the game’s persistent multiplayer mode. New gameplay features will be implemented into Armored Core: Verdict Day to ensure that players who choose to play alone will be able to recruit a squad of A.I. controlled mechs and enjoy the robust feature sets of co-op and multiplayer modes, while new matchmaking system ensures that players will always find battles at a moment’s notice.

Operator Mode returns to the game with new upgrades, allowing players to tactically command a full squad of Armored Core mechs from a tactical top-down point-of-view. Operators will be able to set rally points, mark targets and receive real-time in-cockpit views from other players and computer-controlled squad mates to achieve real-time strategic command of the battlefield.