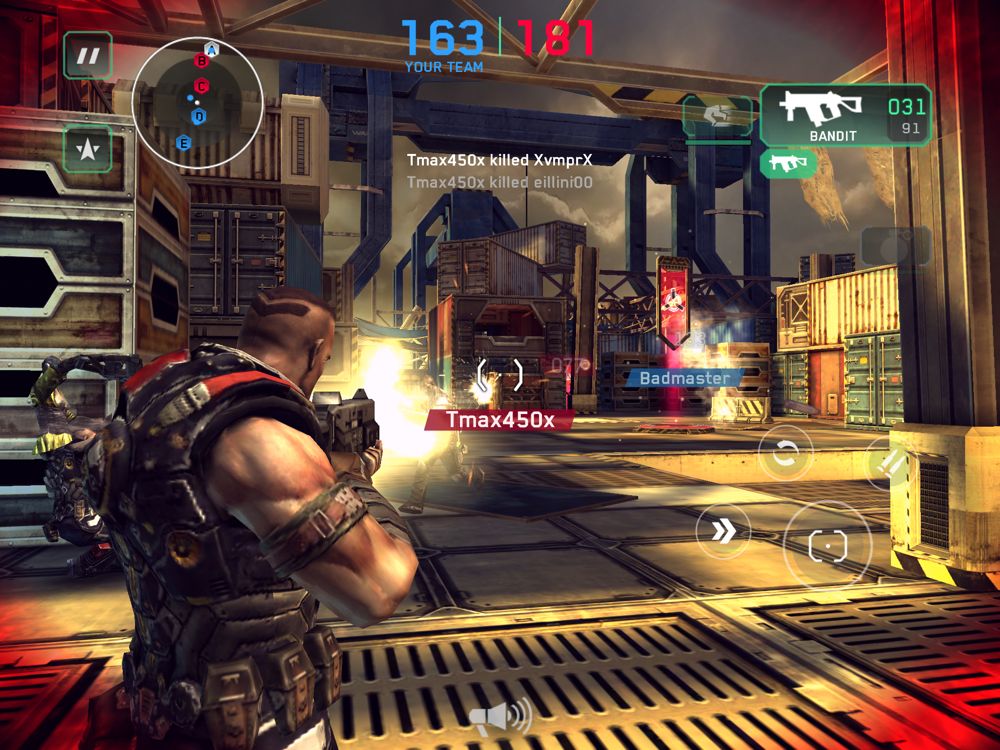 “Madfinger Games got in touch with us in November of 2011 and asked us to build them a prototype for a multiplayer version of their single player game Shadowgun. This we did in just two weeks using UnityPark Suite,” said Staffan Einarsson, engineer at MuchDifferent.

Madfinger Games then used this prototype to develop the multiplayer version of Shadowgun, with on-site support from MuchDifferent.

“Shadowgun: DeadZone is proof of the fact that UnityPark Suite can be used to rapidly develop complex online multiplayer games for mobile devices and that our network technology can handle high-intensity multiplayer games such as first person shooters,” said Staffan Einarsson.

Shadowgun: DeadZone is currently one of the highest rated and most downloaded multiplayer first person shooters on both the Google Play store and Apple’s App Store. The game has captured the daily attention of more than one million players.