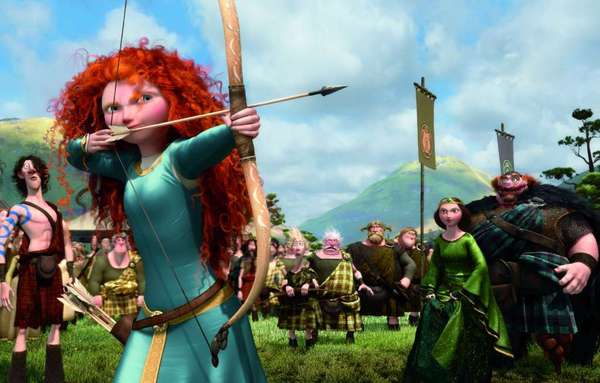 Disney had a pretty good chance of walking away with the Best Animated Feature Oscar at the 85th Academy Awards in Hollywood. Pixar’s Scottish tale Brave, which starred Kelly Macdonald and Craig Ferguson, earned the Oscar, beating out Disney Animation Studios’ video game homage, Wreck-It Ralph. Both movies are out on Blu-ray and DVD in case you haven't seen them. Stars of the Oscar-winning film talk about the 3D movie and its video game in these exclusive videos below.

An original and thrilling journey set in the ancient and magical Highlands of Scotland, Brave follows the heroic journey of the headstrong, young adventurer Merida. Determined to carve her own path in life, Merida confronts tradition and defies an age-old custom that inadvertently unleashes chaos, and forces her to discover the true meaning of bravery. The 5-Disc Ultimate Collector’s Edition (1 Blu-ray 3D + 2 Blu-ray Discs + 1 DVD + 1 Digital Copy) has something for everyone – from the home entertainment enthusiast who demands the highest quality, state-of- the-art technology offerings, to the family who enjoys the interactive and engaging bonus features that only Blu-ray can provide – making this unique and beautiful film a “must add” to any home-media collection.