UA Flexes Its WillPOWER For 2013 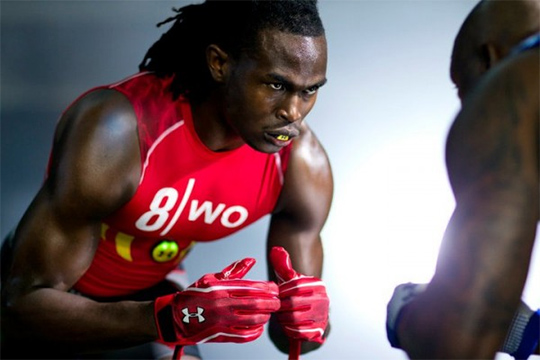 New York City recently played host to Under Armour’s unveiling of its newest marketing campaign, “I Will”, which according to UA’s CEO, Kevin Plank, will “Inspire the next generation of athletes to unleash their inner resolve.” The campaign launch will feature a host of top-ranked, next generation athletes, such as MLB NL Rookie of the Year Bryce Harper, WTA teenager phenom Sloane Stephens, WBC boxing welterweight champion Canelo Alvarez, and NBA First Round Draft Pick , Charlotte Bobcats, Kemba Walker just to name a few. The campaign has already debuted on TNT during the NBA All Star Weekend and is expected to blitz ESPN, MTV and host of major networks within the coming weeks

The UA Showcase not only bedazzled the media with their brand new marketing campaign but they also gave us a sneak peak at their latest performance product Armour39. Armour39 is expected to revolutionize the way performance and training is monitored. A first of its kind digital performance monitor which measures what UA believes matters most to the athlete their: WILLpower.

UA was gracious enough to provide a performance demo led by elite fitness trainer, and their Head of Performance Training Council, Todd Durkin. Durkin who has trained with the best of the best athletes in all major sports believes this product is essential in the