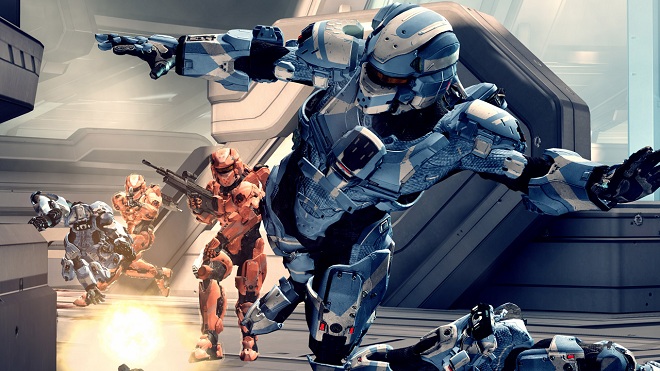 Halo 4 ushers in is poised to be the biggest entertainment premiere of the year to date when it hits retail stores worldwide on Nov. 6. – at least before Activision and Treyarch launch Call of Duty: Black Ops II and obliterate the record books.

Around the globe, more than 10,000 retail locations in more than 40 countries will open their stores at 12:01 a.m. to welcome throngs of fans who have been eagerly waiting more than five years for the next blockbuster installment of the iconic franchise that has sold over 46 million copies worldwide and generated more than $3 billion in sales. At launch, festivities in major cities around the world, from Seattle to London to Berlin, will inspire millions of fans to unite and celebrate the highly anticipated return of Halo’s iconic hero and the beginning of an epic new Halo saga.

"The launch of Halo 4 is a prominent entertainment event and we’re thrilled to be partnering with Microsoft to host midnight celebrations across the country,” said Tony Bartel, GameStop President. “Our community is anxiously awaiting the return of Master Chief and there’s no doubt in my mind that Halo 4 will be one of the biggest games of the year.”