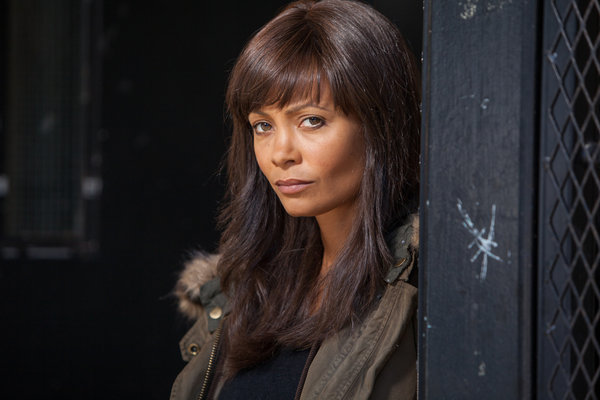 DirecTV has filmed ten episodes of the original suspense-drama, Rogue, starring award-winning actress Thandie Newton (Mission Impossible 2, Crash) in Vancouver from independent studio Entertainment One Television (eOne) and Greenroom Entertainment. Rogue marks DirecTV’s first foray into commissioning an original drama series exclusively for its customers. The show will debut on the Audience Network this summer. Actors Leah Gibson and Josh Sasse talk about the show in this exclusive video interview.

Rogue revolves around a morally and emotionally conflicted cop, Grace (Newton), who is tormented by the possibility that her own actions contributed to her son’s death. Grace’s search for the truth is further complicated by her forbidden relationship with the crime boss who may have played a hand in the crime. With the addition of Rogue, DirecTV expands on its commitment to offer quality, exclusive programming to its customers after establishing great success in providing a home and new creative life to Emmy-winning series such as Damages and Friday Night Lights, and exclusive, first-run series like Underbelly, The Slapand the upcoming series, Hit & Miss.

“There’s an excitement in the hallways of DirecTV as Rogue will be the first original series on the Audience Network that will be built from the ground up with the specific goal to provide DirecTV customers with a premium entertainment experience they can’t get anywhere else,” said Chris Long, senior vice president Entertainment and Production, DirecTV. “The unique partnership that Patty Ishimoto, vice president and general manager of Audience Network, struck with eOne and Greenroom Entertainment and her relationship with Momentum Entertainment has helped realize that goal. Together they bring a wealth of expertise in the areas of production, global distribution, brand integration and sponsorship to our domestic distribution and marketing prowess.”

Breakaway On The High Seas Recap

Check out what happened!