Win A Free Trip To SXSW To Experience Syfy Defiance 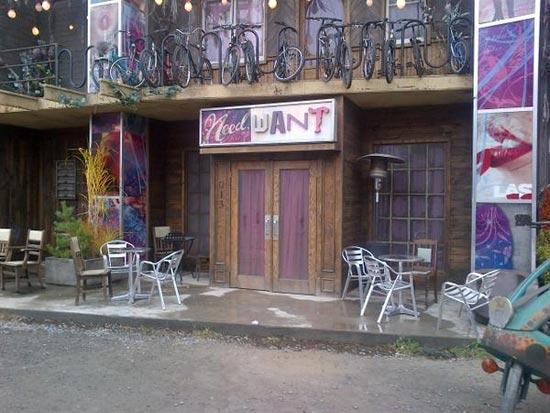 Gaming fans are being given a unique opportunity to experience Syfy’s much-anticipated new show Defiance – the first ever convergence of television and online gaming at SXSW Interactive through a novel promotion with Klout. Actor Grant Bowler talks about the new show and game in this exclusive video interview from the set in Toronto.

Through Friday March 1, the person that uses their influence to share various Defiance content will win a trip and entrance to SXSW Interactive, as well as the opportunity to stay within the Defiance Container Village -- an immersive environment that recreates aspects of the Defiance futuristic world in downtown Austin. For a chance to participate – users should visit www.klout.com and check out perks.

Three years in the making, Defiance is an epic drama that unfolds as both an original series and a mass multi player video game. In an unprecedented collaboration between Syfy and Trion Worlds, developers and producers have worked in lockstep to create an interconnected world where events and storylines in the game and television show weave together to create one seamless narrative.

Premiering April 15, the series’ luminous cast includes Bowler, Julie Benz, Stephanie Leonidas, Tony Curran, Jaimie Murray, Graham, Green and Mia Kirshner. Leveraging the latest advances in technology and production capabilities, Trion and Syfy producers have worked tirelessly to build crossover “gateways” that foster ongoing interaction between the game and show. For instance, weather on the show will appear in the game in real time and players’ actions may well appear in the background of scenes on TV. In addition, features, tips and gameplay will be unveiled during the narrative of the show as the plot seamlessly unfolds on both platforms.