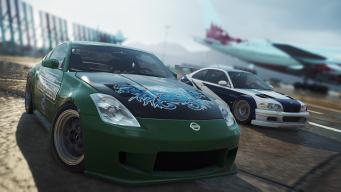 Fairhaven City will never be the same again. Need for Speed Most Wanted, winner of more than 30 industry awards, released three unique downloadable content (DLC) packs that introduces a brand new Airport world expansion, legendary classics from favorite action movies, and heroic rides from Need for Speed franchise history. Watch more friends become foes as players out-drift each other around planes, smash through each other’s faces on billboards like a Hollywood hero, or beat each other to the finish line with the speed and power of classic Need for Speed  vehicles.

The following DLC packs have launched on Xbox LIVE Marketplace and PlayStation Network and will be available on Origin March 13: