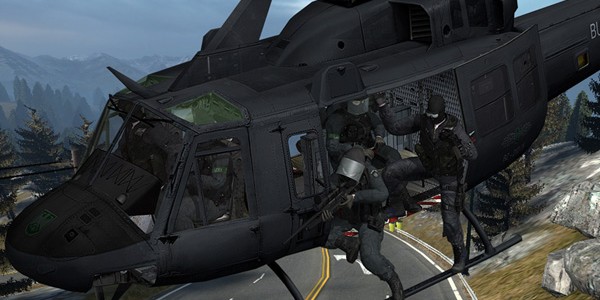 OGPlanet, a publisher of free-to-play, multiplayer, online games, will launch Tactical Intervention on March 28. Minh "Gooseman" Le, the co-creator of Counter-Strike, has developed this team-based, first-person shooter (FPS), which enters open beta testing March 14. Check out the game in the trailer below.

Developed by the legendary FPS designer, Minh Le and Fix Korea, fans have long-awaited the release of Tactical Intervention since Le's departure from Valve years ago. Learning from his previous work, Le was able to implement all-new features that he had always wanted to work into an FPS. With the infamous Highway Mission, players will climb into the driver's seat, shoot hanging out of vehicle passenger windows, all while chasing after the same target. Players can also call in attack dogs to come to their aid, and even make use of tactical rappel ropes to gain the upper hand on the opposing force. They will also have to be conscious of civilians who can be taken as hostages and used as human shields. It is up to you and your team to strategize, execute and eliminate your target. Tactical Intervention places team-based tactics and hardcore, fast-paced gameplay at the forefront of battle.