Rise Of The Guardians Protect Game Consoles Around the World

Producer Guillermo del Toro’s excellent new computer animated movie, Rise of the Guardians, has a new video game from D3Publisher. The game is based on the 3D DreamWorks Animation SKG movie, which is director Peter Ramsey’s interpretation of William Joyce’s children’s book series The Guardians of Childhood. The new games are available for Xbox 360, PlayStation 3, Wii and Nintendo 3DS and DS. A Wii U version will ship on December 4, just in time for Christmas. 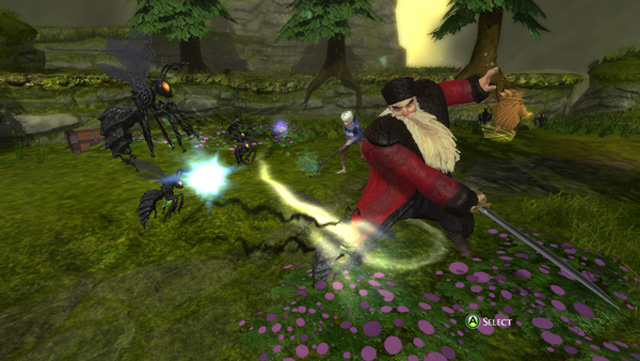 Players can save the hopes, beliefs and imaginations of children all over the world in this family friendly, multiplayer adventure featuring drop-in-and-out multiplayer for up to four players on consoles. Gamers play as one of as one of the legendary Guardians, including: North (aka Santa Claus), Tooth (aka the Tooth Fairy), Bunnymund (aka the Easter Bunny), Sandy (aka the Sandman), and Jack Frost. Each of these characters has its own set of customizable attributes that players can upgrade, including strength, speed, focus, belief, defense and energy to help the Guardians take on the evil spirit named Pitch (aka the Boogeyman) and his infectious Nightmares.

“Believe in the magic of Rise of the Guardians by kicking off the holiday season in an adventure the entire family can play together,” said Peter Andrew, vice president of product development, D3P. “Join together with your favorite characters from the DreamWorks Animation film to explore the vast realms of the legendary Guardians and save childhood dreams from the forces of evil."