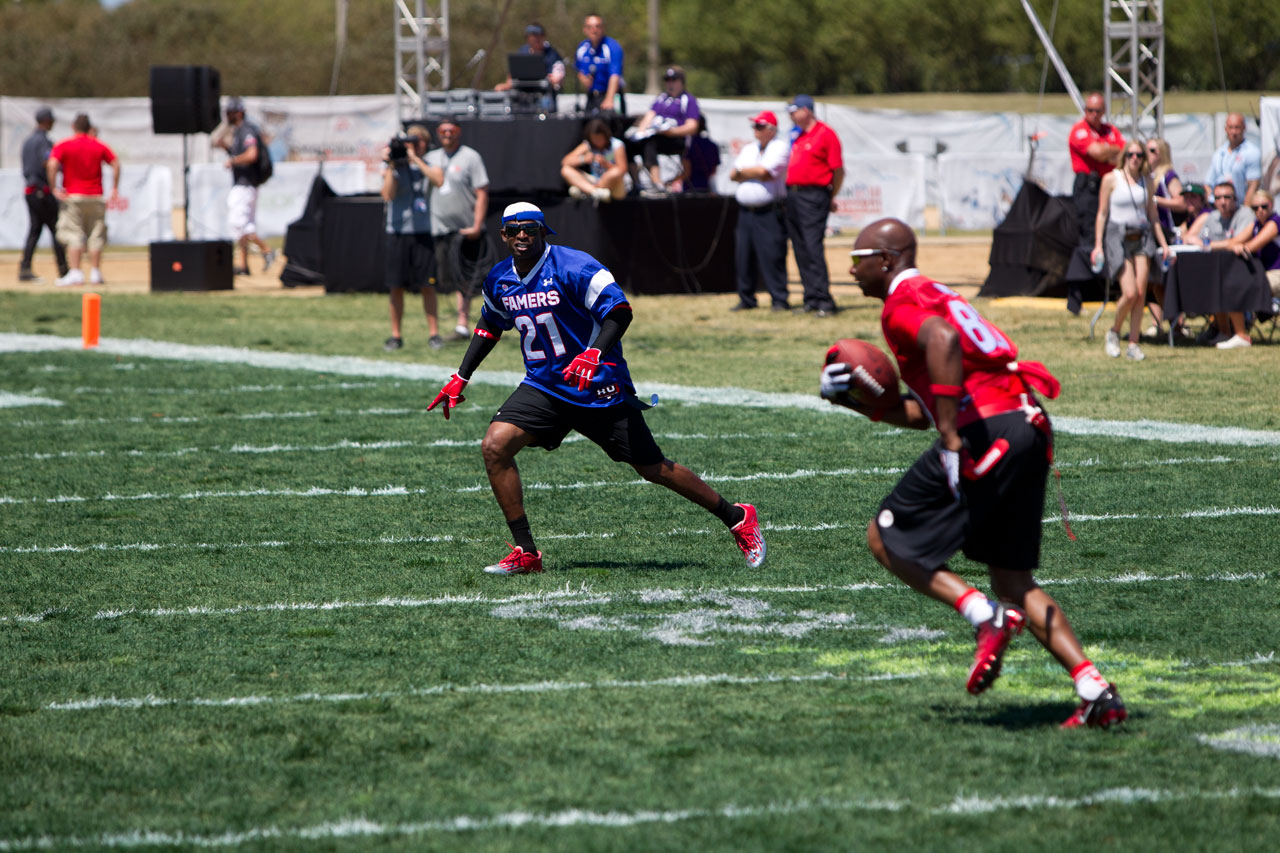 To get fans warmed up for the upcoming Madden NFL 25 Cover Vote EA SPORTS and ESPN today announced a special play-in round to fill the final slot in the old-school bracket. Hall of Fame wide receivers Jerry Rice and Cris Carter will do battle this week in order to determine who will be named as a tournament entrant.

The play-in round will be conducted exclusively on Twitter, and fans can vote for their favorite by tweeting at SportsNation (@SportsNation) and using the hashtags #Madden25Rice or #Madden25Carter. It’ll be up to the fans to decide if @JerryRice or @criscarter80 has what it takes to enter this elite bracket. The winner will be announced via Twitter prior to SportsNation’s Madden NFL 25 Cover Vote kickoff show that airs Monday, Mar. 11 at 4 p.m. ET on ESPN2, at which point the full 64-player bracket will be revealed and First Round voting will commence on ESPN.com/MaddenVote.

The two legendary receivers will be competing for an open spot in the old-school bracket. Due to the infancy of the franchise, the Houston Texans are represented solely in the new-school bracket, creating an opportunity for Rice and Carter to enter the Madden NFL 25 Cover Vote competition.