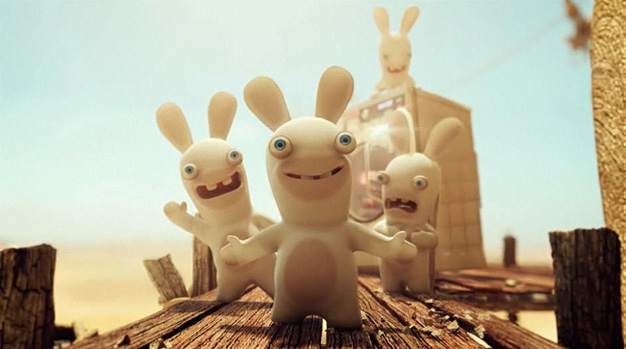 Rabbidsbrings to television the hysterical physical comedy that is the hallmark in Ubisoft’s wildly successful Rabbids video games. Irreverent, unpredictable and silly, the Rabbids are a mysterious breed of rabbit-like creatures that explore, and often wreak havoc, in the human world.  Everything is a source of wonder and amusement, and these indestructible and uncontrollable creatures have absolutely no respect for the social rules that govern society. For them, there are no laws, no rules of the road. It’s all about having fun and saying “Bwaaaaaah!”

Nickelodeon has secured global broadcast rights for 26 new half-hour CG episodes of Rabbids, which will be produced by Ubisoft. The game studio continues to forge into new Hollywood territory with big screen movie adaptations of its games like Assassin’s Creed and Splinter Cell.

Popular franchise coming to PS4 and Switch, among other platforms!