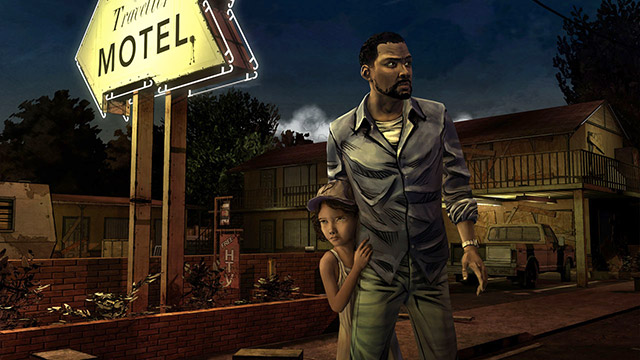 The Walking Dead, the episodic point-and-click adventure role-playing game, picked up the Mobile and Handheld and Story BAFTAs at the British Academy Games Awards, hosted by Dara O’ Briain and supported by official partner GAME. The Unfinished Swan, a game which explores the unknown, collected the Awards for Game Innovation and Debut Game.

Journey, the visual and emotive game that evokes in the player a sense of smallness and wonder to forge an emotional connection between themselves and the anonymous players they meet on the way, collected the Artistic Achievement, Audio Achievement, Game Design, Online Multiplayer and Original Music Awards.

Danny Wallace was awarded with his first BAFTA winning the Performer category for his work as the narrator in Thomas was Alone, the indie puzzle game.

The Award for British Game was presented to The Room, the puzzle adventure game from British developers Fireproof Games, which the jury described as “An engaging, enigmatic, beautiful, slow burn tactile puzzle game...”