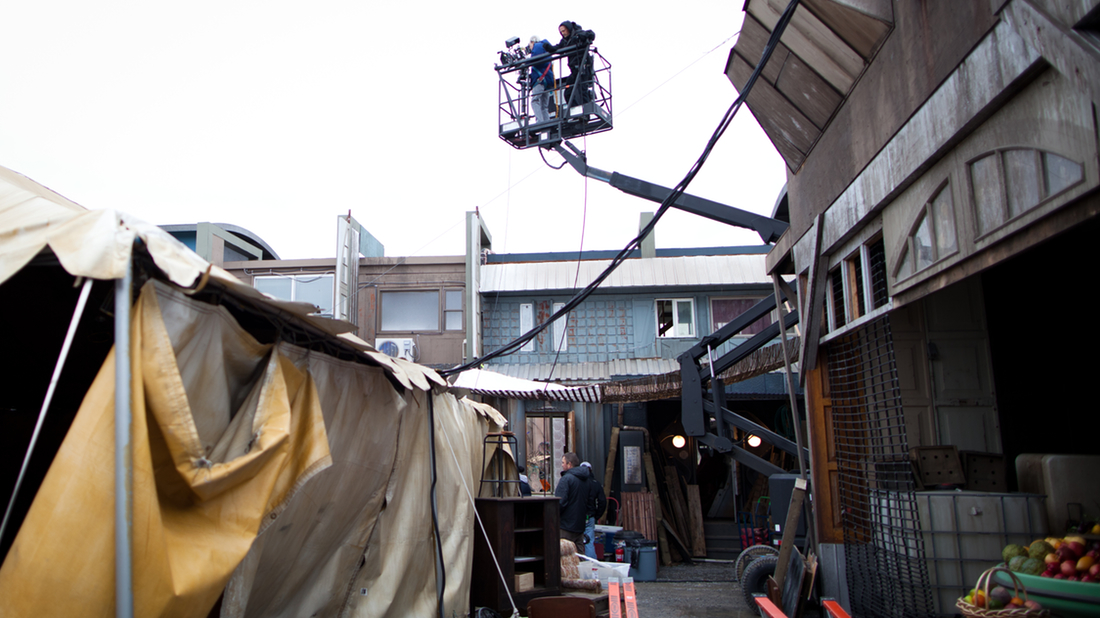 Syfy is inviting attendees to take a transmedia journey at the Defiance Container Village – an immersive environment that recreates aspects of the futuristic world of Defiance in downtown Austin.

Three years in the making, Defiance is an epic drama that unfolds as both an original series and an open world online game. In an unprecedented collaboration between Syfy and Trion Worlds, developers and producers have worked in lockstep to create an interconnected world where events and storylines in the game and television show weave together to create one seamless narrative.  Defiance premiers April 15 and the game comes out April 2.

The Defiance Container Village at San Jacinto and 4th Street will be live 11am – 8pm from March 8 through March 11. Visitors will be able to experience various aspects of the show, play the game, mix with cast members and more.

Rockit Gaming Q and A