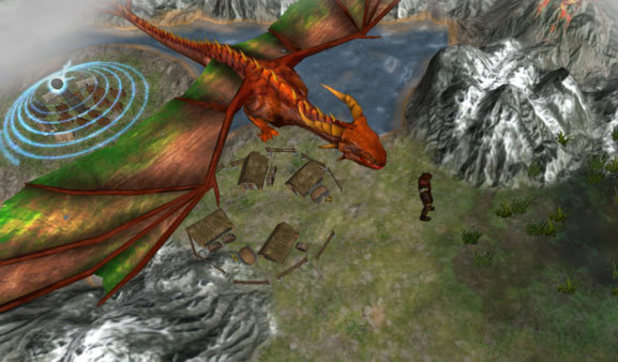 Richard Garriott, award-winning game designer and creator of the hugely successful Ultima series of games, is returning to the origins of game design that helped make him a pioneer and legend in fantasy role playing games. Shroud of the Avatar: Forsaken Virtues from Portalarium, Garriott’s Austin-based game studio is using SXSW Gaming at Austin’s Palmer Auditorium to promote the Kickstarter game. He talks about the new PC game in this exclusive video interview.

Backers have a chance to fund the project via multiple levels of giving, which are all documented on the Kickstarter page. One of the most anticipated pledge levels will include access to in-game player houses. Available in multiple sizes and styles, the houses provide players a chance to own their own virtual property in the game. Players can outfit their homes how they want, gather there with friends and potentially run their own business from their properties.

“Shroud of the Avatar will include what I think are the keys to an ultimate role-playing experience,” says Garriott. “These important tenets include things like a fully interactive virtual world, deep original fiction with ethical parables such that players’ choices are relevant, cultural histories and fully developed alternative languages and text. Also we want our players to have physical game components like cloth maps, fictional manuals and trinkets. These are all things that people came to expect in my earlier works and we plan on bringing them all back to create Shroud of the Avatar.”