Gamers who pre-order Anarchy Reigns from GameStop will be able to download two game modes as well as a special character. The two modes are Mad Survival and Dog Fight, the character is Bayonetta. Mad Survival mode is very similar to the regular Survival mode with a major difference. The difference isn't how many players are grouped together. Rather, it's that the oncoming forces become other characters from the game and they aren't typical AI. You need to use your smarts to defeat these guys. 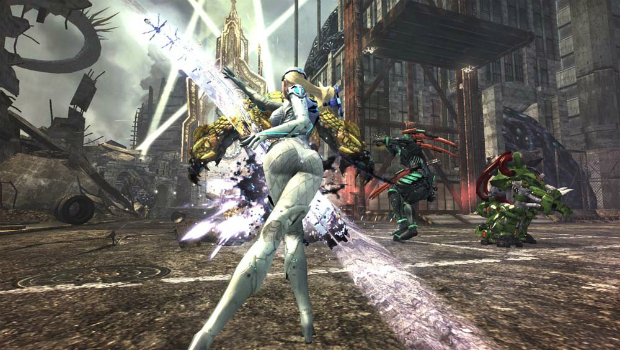 Now for the other mode, Dog Fight. It's basically what it sounds like, aerial combat. Except while you're in the air, you're hanging off a helicopter, shooting at eachother. That sounds crazy and awesome at the same time. Maybe, that's just me but I highly doubt it. It shows that Sega is trying new things and discovering new ways to reinvent their brand. Now we didn't forget the downloadable character, Bayonetta. Players will be able to fight with her guns ablazin as well as use her patented ‘Wicked Weave’ attack.

Anarchy Reigns isn't scheduled to be released until January 8, 2013 for PlayStation 3 and Xbox 360 for $30. That's a good deal and you get free stuff. There has to be a catch. That is too good a deal. Anyway, this isn't a new thing for Gamestop to do. They have been doing this for years. They used to actually give out physical things. Now it seems that they are set in their ways of giving players downloadable material and who knows, that might be what players want. We will find out how Anarchy Reigns is soon along with many people ran to GameStop to get that download content.