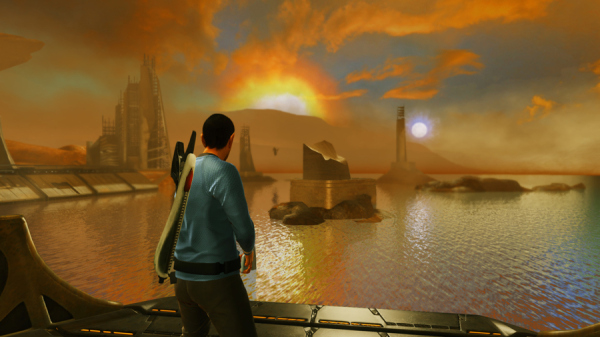 STAR TREK The Video Game reunites the crew of the U.S.S. Enterprise for an amazing, completely new Star Trek adventure – and alongside Kirk, Spock, Bones, Scotty, Uhura, Chekov and Sulu will be two new characters making their first appearances in the Star Trek universe.

As the game begins, Kirk and Spock are called to aid in the rescue of a mysterious space station that is heading towards catastrophe.  Upon their arrival, Kirk and Spock meet a female Vulcan scientist named T’Mar, who plays a prominent role in the action-packed journey that awaits.

“T’Mar is the captain of the space station and was a childhood friend of Spock,” says Paramount Senior Vice President and Executive Producer Brian Miller.  “Her blend of incredible intelligence and unexpected beauty prove intriguing to Kirk.” 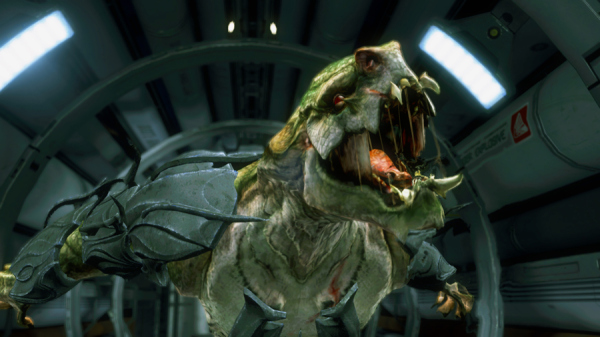