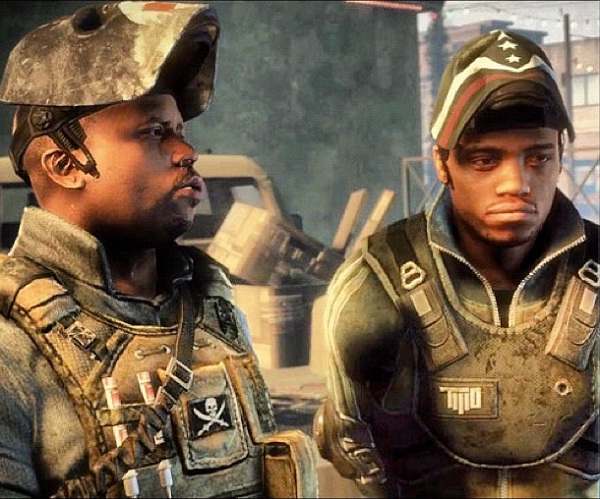 Two of the hottest stars in hip-hop, Big Boi and B.o.B, have teamed up to drop Double or Nothing, the official theme song for the upcoming video game, Army of TWO The Devil’s Cartel. Also available on Xbox LIVE Marketplace and PlayStation Network is the Army of TWO The Devil’s Cartel demo, complete with epic explosions, massive destruction and plenty of dynamic co-operative action for you to enjoy with a friend.

In Double or Nothing, Big Boi and B.o.B step into their in-game roles as T.W.O. operatives Charles “Chuy” Rendall (Big Boi) and Anthony “Baker” Barnes (B.o.B) and blast their way through Mexico’s most dangerous cartel. The video features live-action heroics of Big Boi and B.o.B and gives a sneak peek of the explosive, blockbuster action with in-game footage from Army of TWO The Devil’s Cartel.

In Army of TWO The Devil’s Cartel, players find themselves on the war-torn streets of Mexico as Alpha and Bravo, two operatives working for Tactical Worldwide Operations (T.W.O.), fighting for justice against a dangerous drug cartel. Featuring both online and split-screen co-op, Army of TWO The Devil's Cartel gives players the chance to distinguish themselves from their friends by providing a deeper and more advanced upgrade and customization system.