My Type Of Countdown: Top 5 Pirates Who Shouldn't Be Taken Seriously 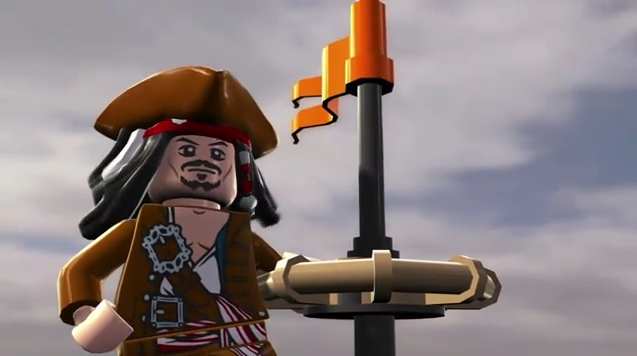 A vast me hardies! Make them walk the plank!  Now that that is out of the way, I can get on with the point of countdown. From the band Korn being on South Park dealing with pirate ghosts to Peter Griffin getting a parrot and becoming a pirate, they have been more in mainstream media but it feels like the “pirate” concept hasn’t been treated with respect. That looks like it’s going to change with the newest Assassin’s Creed game, Black Flag. This could be what the doctor ordered for the idea of the pirate and how they’re perceived. For the most part video games and television don’t go the serious route for pirates and thus the point of the countdown, the top 5 Pirates in the world of television and video games that shouldn't be taken seriously. Swab the deck and raise the mainsail, its going to be a fun ride.

Let’s look into what makes a pirate a pirate. Well for starters, they need a pirate ship. Drake has that. In addition, the pirate needs to act differently than the regular Pokemon Trainer. Drake does this as well. The hat he wears helps the idea that he is a pirate. Being tough and bad-ass helps a pirate gain their street cred. Drake trains Dragon type Pokemon, something only a handful of the elite/gym leaders train. If he wants a challenge, he got one when he picked his area of expertise. Finally, sometimes pirates decide the help the weak/underdog at times. This would be Ash in the anime and Drake wipes the floor with him. A main reason why he is on the list is because he does all this with no shirt on and a giant moustache. Using a dragon egg (Shelgon) to fight is also another reason not to take this guy seriously at first glance. Number 5- Drake

PAX East 2022 Hands On With Kao the Kangaroo/Tate Multimedia

Check out the return of Kao tha Kangaroo at Pax East!