Video Games vs. Film - A Duel in Storytelling

Brett is a big geek at heart, but also a bit of a cool guy when not in front of a TV. While he loves all genres, he is particularly fond of fighting games and loves a good challenge. Be sure to follow him on Twitter @brett_j

With the improvements in capabilites of both consoles and PCs when it comes to gaming, one thing has vastly improved over the past few generations - storytelling. Video games now have the power to convey emotions due to graphical enhancements, worlds become more vivid, and now professional actors voice the heroes and villains of our favorite games. Because of all of these improvements, it is often asked whether video games have the potential to become a superior platform for telling a story. It has become so immense, it sparked a keynote speech between Gabe Newell and J.J. Abrams at last month's DICE conference. 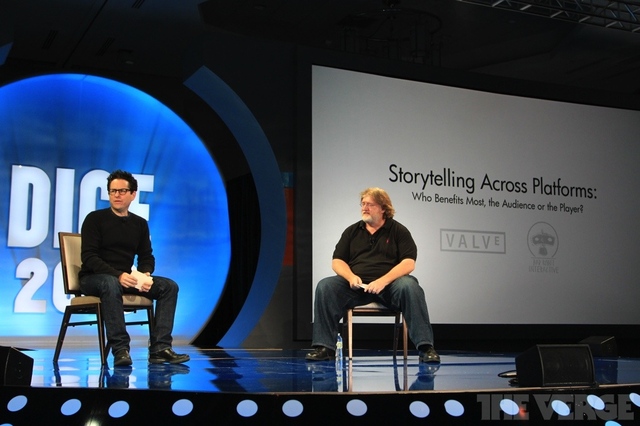 So is it the case that video games are better at telling stories than film? The answer is no. As a matter of fact, no medium holds the crown for being the preferred method of storytelling. Part of it comes from the fact that every medium takes inspiration from any medium that comes before it. It is also the case that all media have different strengths and weaknesses in how they can convey stories, such that some can tell stories that others simply cannot.

So what strengths do video games have over film? It is simple - interactivity. If you're sitting back and watching a film with an epic battle scene, let's say Lord of the Rings for example, you may be wishing that you were in the battle and taking control of it yourself rather than sit back and watch it all happen in front of you. Video games allow you to do just that, giving you the opportunity to decide the battle or any other action rather than sit back and adhere to someone else's authored experience. Because you're in the action, there is a greater sense of accomplishment when a battle is won. You also might feel a bit worn by the action because you're taking part of it, rather than in film where the protagonist certainly looks worn by the end of the film, and you simply have to take their word for it. Instead, you can relate to them since you are in the action.

At the same time, you get to explore the worlds that are created in the stories, exploring any and all towns and interacting with the people in the world. In film, you only get to see what the camera shows you, leaving a lot to be left behind in terms of exploration. This leaves a lot up to interpretation, whereas in video games if you really search every nook and cranny, you'll find out all of the inner workings and relationships of the world you are in. It creates a greater sense of depth in the world and in some parts the story in general because films often don't try to explain everything going on in the world. Rather, it explains enough relative to the main plot but leaves everything else out due to the fact it doesn't do the plot any service.

Lastly, in some games, you have the ability to make several key decisions that will affect the plot and the characters involved, giving you direct control over the plot. Would you want to spare an enemy and possibly forgive them, or would you exact revenge and take them out in cold blood? The choice is entirely up to you. In film, there are no choices. What the main protagonist chooses to do is already set, so all you can do is sit and watch the plot unfold in front of your eyes.

Get Scared with Loot Crate: Horror!

These games are enhanced by Nvidia hardware and the controller support of Shield Tablet.

Fans of the series will want to check it out