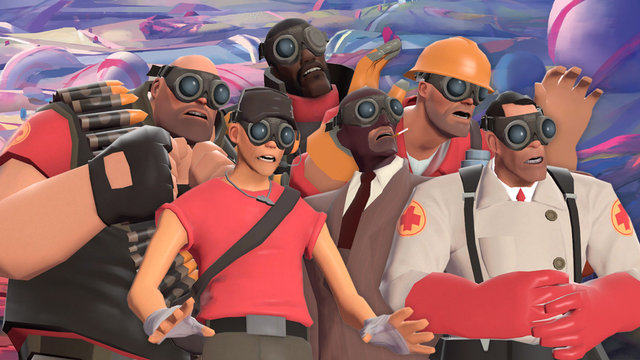 Valve, creators of best-selling game franchises such as Counter-Strike, Half-Life, and Left 4 Dead, is adding an experimental Virtual Reality mode to Team Fortress 2. The new mode will be released in the coming days as part of an update to the popular free to play game. Anyone with an Oculus Rift Developer Kit will be able to use their device to play all of Team Fortress 2 on the PC. All game modes and classes are supported with the new Virtual Reality mode.

"When we first played an early version of Virtual Reality mode in Team Fortress we were blown away by the immersion we experienced.", said Joe Ludwig at Valve. "VR is just getting started, but it is going to have a big impact on gaming. This  update will let us share that experience with more of the Team Fortress community."

"Valve's done an incredible job bringing Team Fortress 2 to virtual reality. TF2 is the most-played game in my Steam library, so you can imagine how excited I am to play it in the Rift with all of our backers," said Palmer Luckey, Founder of Oculus VR, Inc.

In addition to gaining access to the new Virtual Reality mode, owners of the Oculus Rift will also be granted a unique Oculus Rift in-game hat. Steam codes to redeem for this item will be sent out by Oculus.

Team Fortress 2 is Valve's Free to Play team-based online game. The game has had more than 350 updates since its release with The Orange Box in 2007.