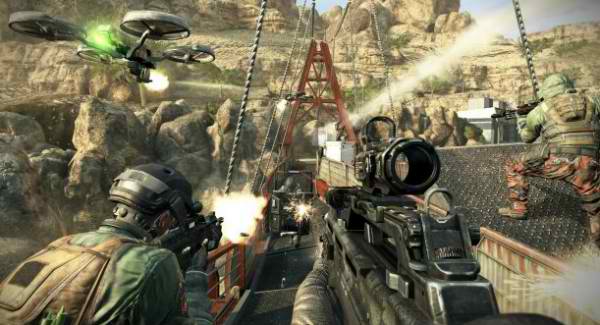 Havok has launched a major new version of its industry-leading Havok Physics technology. The release is the culmination of more than five years of internal R&D effort. It features significant technical innovations in performance, memory utilization, usability and simulation quality, and represents a major leap forward in physics simulation for games. Designed from the ground up for the computing architectures that will define games for the next decade, this release targets next-generation home consoles, mobile and PC while continuing to offer full support for current generation consoles.

“This release of Havok Physics marks the third major iteration of our physics technology since the company was founded 15 years ago. Although Havok Physics is widely recognized as the industry’s leading physics solution, our R&D team is constantly striving to innovate and push the technology further,” said Andrew Bond, Vice President of Technology for Havok. “The result is a new engine core built around fully continuous simulation that enables maximum physical fidelity with unprecedented performance speeds. Beta versions of the technology have been in the hands of a number of leading developers for some time and we have seen dramatic performance gains with simulations running twice as fast or more, and using up to 10 times less memory. Additionally the new core’s performance is extremely predictable, eliminating performance spikes. We are genuinely excited to see how game designers will harness the additional power that we are offering with this release.”

"At 2K Czech, our games demand a physics solution that can scale efficiently and handle highly detailed interactive environments. Having recently moved to the next generation of Havok Physics, we’ve been blown away by how Havok’s new physics technology is able to make highly efficient utilization of all available hardware cores with a very lean runtime memory footprint," said Laurent Gorga, Technical Director at 2K Czech. "This combination allows us to deliver the high quality simulation at the scale we need and we are really looking forward to making some incredible games with the new technology."

As a leading provider of games development technologies, Havok has over 13 years of experience servicing the most demanding technology requirements for leading customers in the commercial games and entertainment industry. A combination of superior technology and dedication to delivering industry leading support to its customers has led to the company’s technologies being used in over 500 of the best known and award-winning titles including Halo 4, Assassin’s Creed III, Guild Wars 2, The Elder Scrolls V: Skyrim, Call of Duty: Black Ops II, Skylanders Giants and Modern Combat 4: Zero Hour.