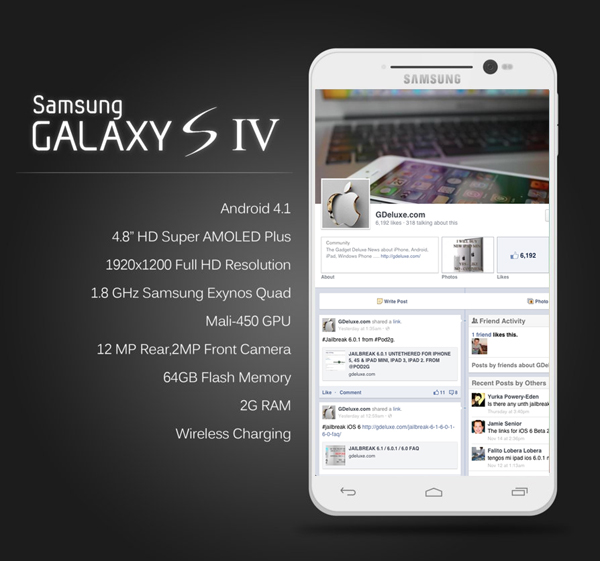 The HSPA+ version of Samsung Electronics’ Galaxy S4 smartphone carries a $236 bill of materials (BOM), up significantly from last year’s model—the Galaxy S III—due to major upgrades in the display, sensors and application processor and supporting memory, according to a virtual teardown conducted by the IHS iSuppli Mobile Handset Cost Model Service at information and analytics provider IHS.

The HSPA+ S4 with 16 gigabytes of NAND flash memory costs $244.00 when the $8.50 manufacturing cost is added in, as presented in the attached table. The BOM of the HSPA+ version of the S4 is $30.40 higher than for the equivalent version of the Galaxy S III, a 15 percent increase. The Galaxy S III pricing analysis was performed by IHS in September 2012.

This virtual teardown and pricing estimation was derived from information and device specifications released by Samsung, combined with information regarding known components and suppliers. The information presented is preliminary and subject to change, pending IHS’s actual physical teardown of the device.

“Although its hardware is not radically different from the Galaxy S III introduced in April of 2012, the Samsung Galaxy S4 includes some critical component updates that enhance its functionality as well as its BOM cost,” said Vincent Leung, senior analyst for cost benchmarking at IHS. “Among the upgrades are a larger, full high-definition (HD) display; a beefed-up Samsung processor; and a wealth of new sensors that set a record high for the number of such devices in a smartphone design. And despite the larger display and other changes, the Galaxy S4 has roughly the same width and the same ease of handling as the Galaxy S III.”