Kabam Delivers Second Free To Play Game Based On The Hobbit 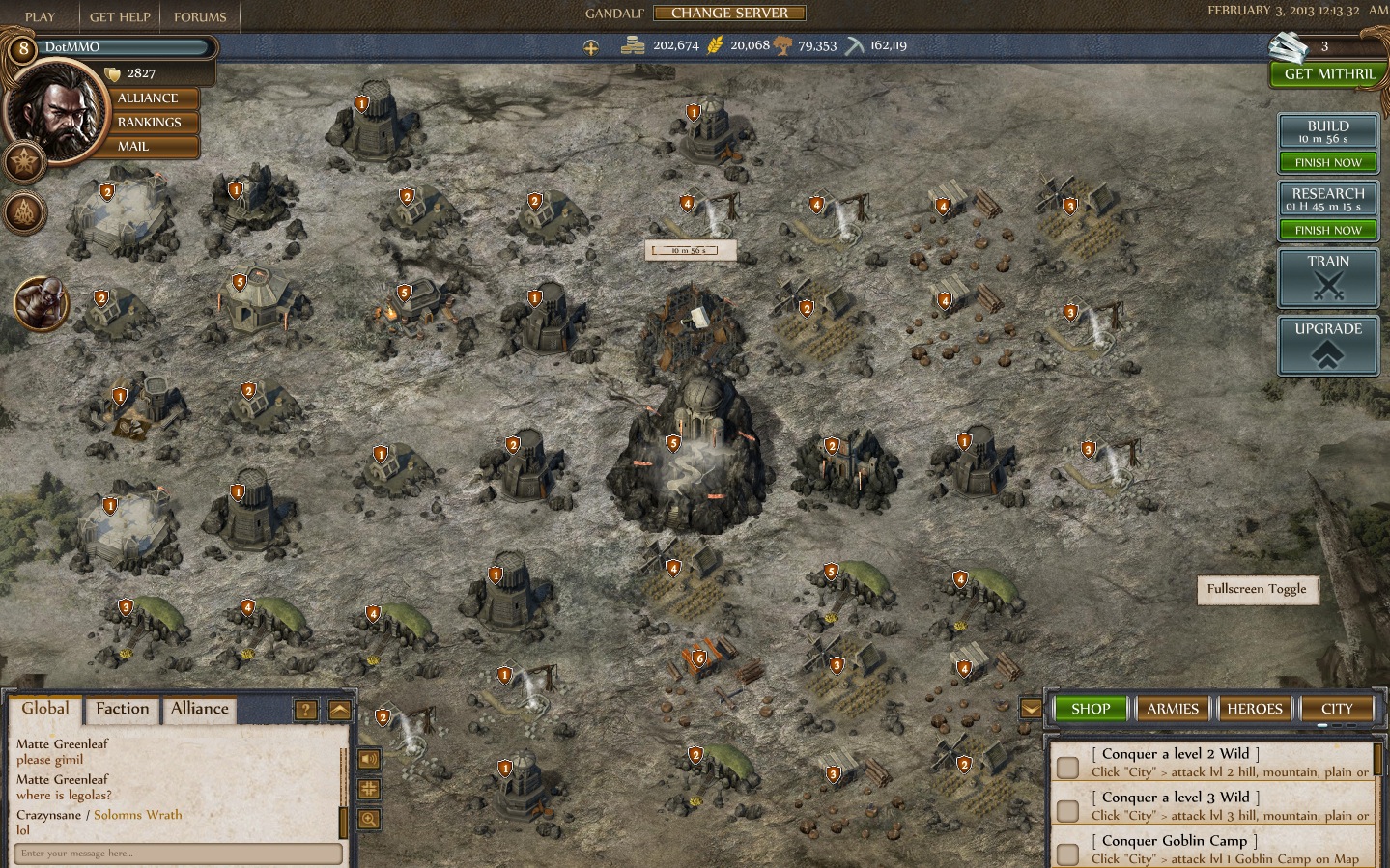 In addition to the film now being available on Blu-ray 3D, Blu-ray and DVD, there’s more for fans of The Hobbit to explore. Kabam and Warner Bros. Interactive Entertainment have launched The Hobbit: Armies of the Third Age for web browsers, now available on Facebook and other web platforms. The free-to-play tactical combat game is inspired by The Hobbit film trilogy, directed by Peter Jackson and a production of New Line Cinema and Metro-Goldwyn-Mayer Pictures (MGM).

The Hobbit: Armies of the Third Age challenges players to take up arms alongside the greatest heroes of the Third Age, including select characters from The Hobbit: An Unexpected Journey such as Bilbo Baggins, Thorin Oakenshield, Radagast and more. Gamers are charged to lead an army of Elves, Dwarves or Orcs in fast-paced tactical combat and band together with thousands of other players to join powerful alliances and wage an epic war online.

“The Hobbit: Armies of the Third Age and The Hobbit: Kingdoms of Middle-earth deliver two immersive and dramatically different ways to experience the most iconic fantasy world of all time, across the web and mobile devices,” said Andrew Sheppard, President of Kabam Game Studios. “Kabam is unique in its ability to deliver compelling, high-fidelity free-to-play games across genres and platforms.”

Kabam and Warner Bros. Interactive Entertainment worked together on the launch of The Hobbit: Kingdoms of Middle-earth, another free-to-play game aimed at Android and Apple devices.