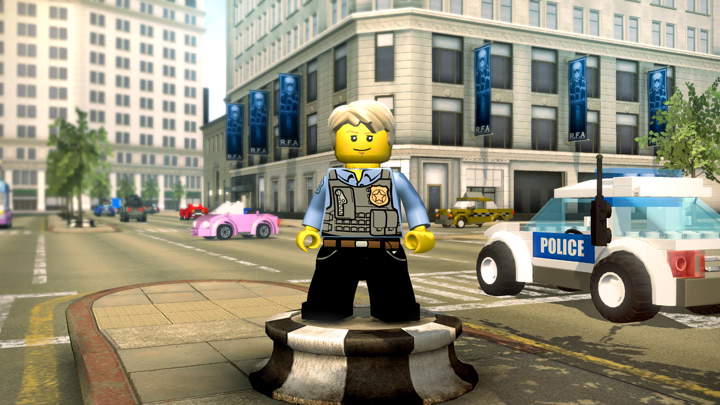 With LEGO City Undercover now out for Wii U and LEGO Marvel Super Heroes coming soon, fans of the toy bricks can go Hollywood. Beginning March 25, LEGO fans registered worldwide on http://rebrick.com will have a one-of-a-kind, hands-on opportunity to take part in the growing excitement for THE LEGO MOVIE by creating a 15-30 second video clip based on its story, in the LEGO ReBrick Movie Competition. The winning video could be featured in the film, the first-ever, full-length theatrical LEGO adventure, from Warner Bros. Pictures and Village Roadshow Pictures, opening February 7, 2014.

The fan-produced clips will relate to an exciting scene in the film, in which the citizens of the LEGO universe rally to prevent an unspeakable disaster. They do this by quickly disassembling the elements of their environments, brick by brick, and rebuilding them into fantastic and fun hybrid vehicles and tools—the stranger and more innovative, the better, like rocket/dragons or butterfly/speedboats—to take part in an epic battle.

Using only LEGO bricks and non-licensed LEGO minifigures, contestants will select a character and set their action sequence in one of their favorite LEGO worlds, such as LEGO City, Space, Pirates, Western, Vikings, Dino, Castle, and others. After building and recording their LEGO designs, they will upload the video to YouTube, and bookmark it on the rebrick.com Building Challenge page, where it will be open for voting from the entire ReBrick membership. The 25 videos earning the most “Likes” will ultimately be reviewed for creativity, originality, theme and suitability for the film by a panel of judges, including Phil Lord and Christopher Miller, writers/directors of THE LEGO MOVIE.