Insomniac Games Lights The Fuse On May 28 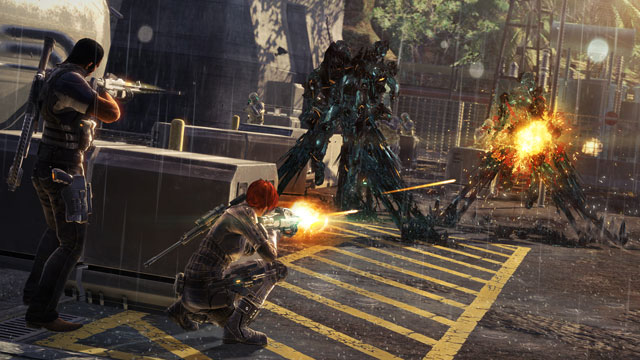 A new kind of arms race is about to begin. Electronic Arts and Insomniac Games will launch the four-person co-op action shooter Fuse on May 28 in North America and on May 31 in Europe. Fuse thrusts players into the roles of four elite, covert agents – Dalton Brooks, Izzy Sinclair, Jacob Kimble and Naya Deveraux – each with their own Xenotech weapon and set of unique skills used to fight to protect mankind from a deadly alien energy source known as Fuse. Developed by the critically-acclaimed independent studio, Insomniac Games, Fuse will mark the company’s first multiplatform release when it becomes available for PlayStation 3 and Xbox 360.

“Insomniac Games is known for delivering best-in-class weaponry that breaks the mold of traditional video games – and Fuse is no different,” said Ted Price, CEO and Founder of Insomniac Games. “These Xenotech weapons further the innovation players will find in this unique, action co-op shooter. We can’t wait to bring Fuse, our first multi-platform game, to gamers worldwide this May.”

Players who pre-order Fuse from select retailers will be able to unlock special armor and weapon customization for each of the game’s four elite agents. These weapons can be used to bolster their characters’ respective arsenals through increased damage on all one-handed weapons.