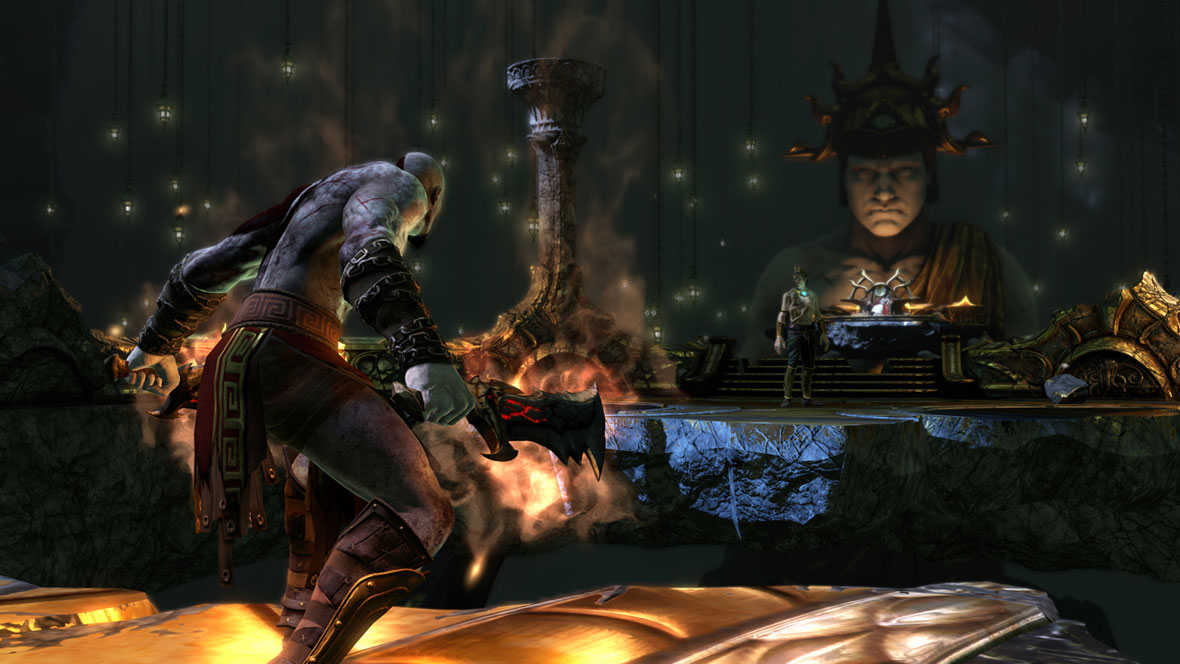 Sony Computer Entertainment America has been listening to its fans of God of War: Asension. The Santa Monica studio has released the 1.03 update. This update addresses a pair of single-player issues. The team is working on further updates to multiplayer (balance), amongst other feedback they've been reading all over (audio).

“We addressed an issue that was preventing some players from progressing past the Manticore battle in Chapter 27,” wrote Just_Tank from the development team on the Sony PlayStation blog. “We received extensive feedback from the community that the Trial of Archimedes section (Chapter 28) near the end of the game was excessively challenging. In every God of War game, establishing a well-paced difficulty ramp towards the end of the game is paramount to us. Based on player response, the degree of challenge offered here was short of our goal of being perfectly balanced.”

In the 1.03 update, at the end of each elevator stage (three total), players will now receive a measured amount of Green Health Orbs and a nominal amount of Blue Magic Orbs back. This change affects all difficulty levels. The team is confident this revision will address feedback regarding Trial of Archimedes while still preserving the level of challenge appropriate for this late section of the game.