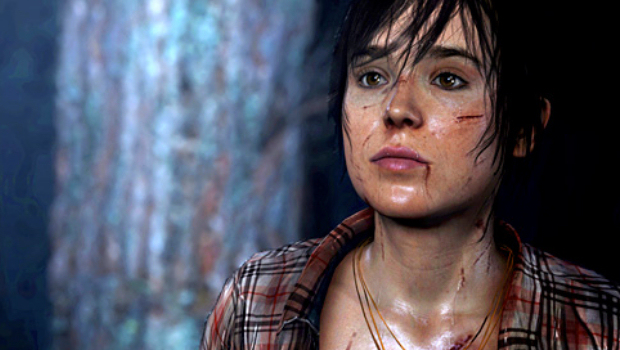 With a pair of Oscar-nominated actors in Ellen Page and Willem Dafoe, now David Cage’s Beyond: Two Souls will be going Hollywood. The new PlayStation 3 game, which puts players in the role of Page’s Jodie in a paranormal thriller, is an official selection of the Tribeca Film Festival. This is only the second time a game has been honored at the festival. A few years ago Rockstar Games’ LA Noire was screened during the festival.

This year’s festival runs April 17 through 28 in New York City. Sony’s event will take place on April 27. The one-hour screening from the game will include an extended scene from the game as well as a major trailer and a new behind-the-scenes look at the performance capture process that was developed to bring this interactive adventure to life. Sony will live stream the event on PlayStation.Blog.

Cage recently revealed new gameplay featuring the ghost, Aiden, in a scene featuring a young Jodie taking part in a scientific experiment under the watchful eye of her mentor Nathan Dawkins (Dafoe). The game studio also revealed a playable sequence that has Jodie living on the streets, fighting for her life and those of the homeless people around her. Cage unveiled the brand new in-game user interface, which provides an even more immersive and seamless experience than the game’s predecessor Heavy Rain.

The new user interface allows for promptless contextual control in both general navigation and action sequence controls, while increasing the level of direct control the user has and opening the door for far more exploration than players experienced in Heavy Rain.