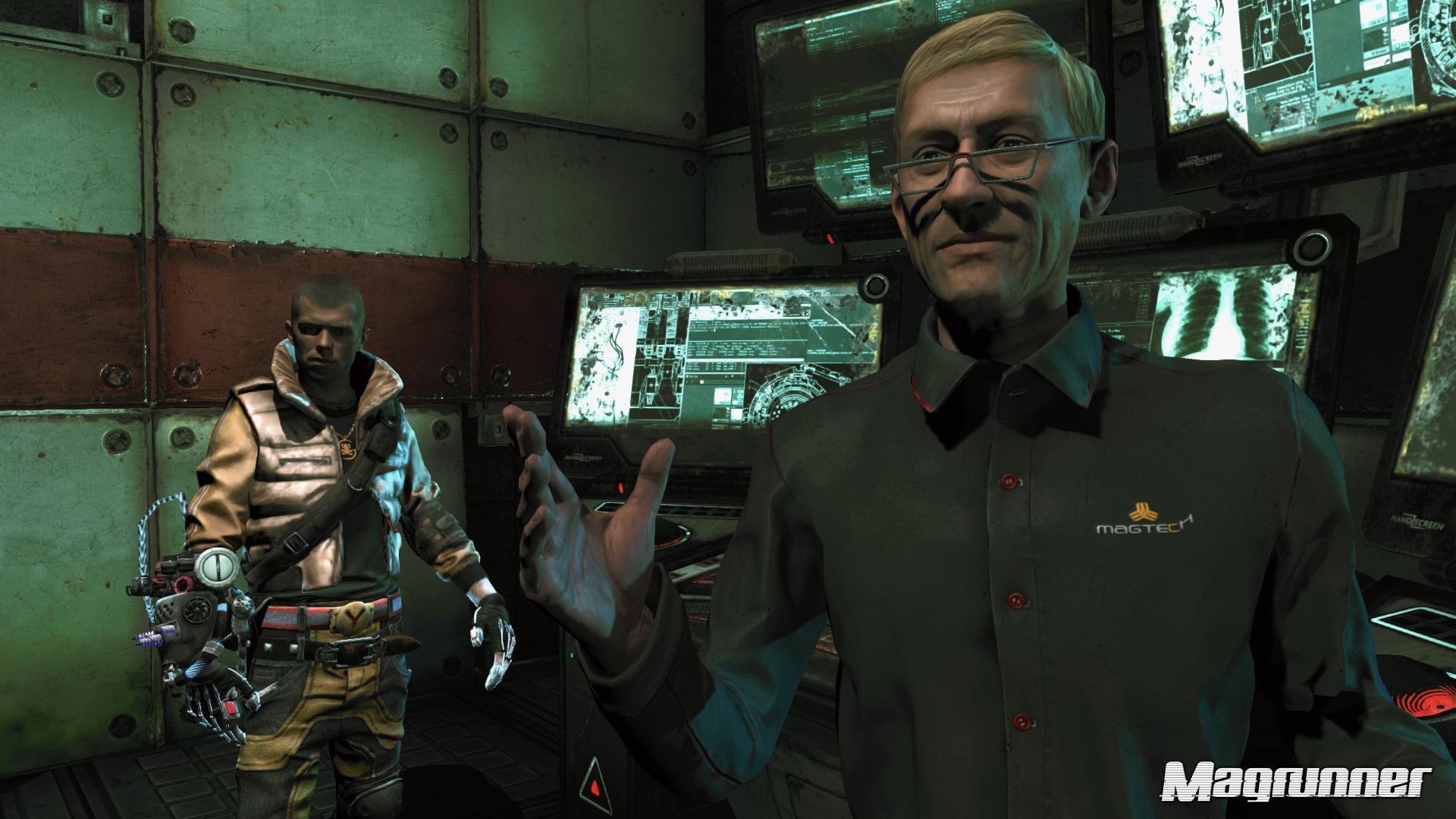 Developed on Unreal Engine 3 by 3AM (Frogwares), Magrunner is an action/reflexion game for PC, PlayStation Network, and Xbox LIVE based on the use of physics. Magrunner sends us to the near future, where technology will confront the Cthulhu Mythos as imagined by the renowned author of fantasy novels H. P. Lovecraft.

Magrunner has released new screens that reveal more of the game’s environments, as well as some of the characters and Lovecraftian creatures that will appear all along the story. In these screenshots, we can see Dax, the hero of the game, as well as Xander, one of the scientists responsible for the training program in which you're participating. We can also see one of the terrifying "Dark Youngs", one of the dangerous creatures of Cthulhu which you will have to face while the world around you slowly turns into nightmare. Keep your head cool, use common sense and utilize the powers of your Magrunner glove to overcome these monsters, and find a way out of the maze of vast, spectacular training rooms.